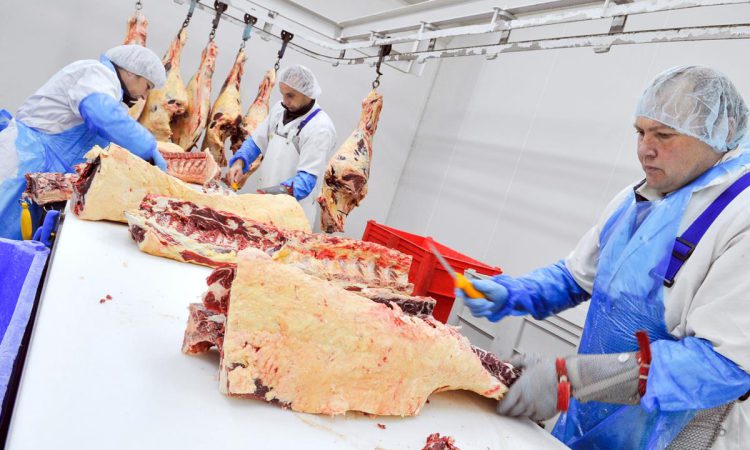 A “sense of panic is now gripping the UK meat industry”, according to the British Meat Processors Association (BMPA), due to fears from continental buyers of UK Government threats of a no-deal Brexit.

The UK meat industry association warned that the message that the UK is serious about leaving with no deal “may not have convinced European politicians yet, but it has convinced continental retail buyers who are refusing to agree long-term supply contracts with UK meat exporters”.

In a statement, the BMPA said: “If this continues, we could be witnessing the start of a structural and long-term decline in our nation’s farming capacity and heritage.

Reduced orders from our biggest and closest trading partner – which are not easily and quickly replicated elsewhere – will filter all the way back to UK farmers who will bear the brunt of this loss of trade.

“It will put many out of business and, once they’re gone, it won’t be easy to re-establish those farm businesses.”

The association warned that European buyers considering buying British meat are now being confronted with multiple risks which they’re not prepared to take.

The key risk voiced is the possibility of buyers being hit with tariffs or up to 65% on certain imports after the latest October 31 Brexit deadline.

“Committing to any orders or supply contracts that extend after the Brexit date therefore makes no sense whatsoever to our customers in Europe and, indeed, in the rest of the world.

Reduced orders from our biggest and closest trading partner will filter all the way back to UK farmers who will bear the brunt of this loss of trade.

It was also noted that insurers that cover such consignments and facilitate the movement of goods between countries are refusing to indemnify against losses related to a no-deal Brexit.

This, in addition to issues such as: a volatile exchange rate; mooted border delays; and complete uncertainty surrounding whether Brexit will even happen on October 31, means “the obvious solution for EU buyers is to source product from elsewhere”.

“This means that, come October 31, British meat companies, who are now being forced to export day-to-day at ‘spot prices’, could have the rug pulled from under them and see orders simply cease with no long-term supply contracts to soften the blow,” the BMPA said.