The payment rates for the Small Dairy Farmer Scheme in Northern Ireland have been revealed by the Department of Agriculture, Environment and Rural Affairs (DAERA).

The scheme was introduced in the North under the EU Exceptional Adjustment Aid (EAA) package.

A total of £1.6 million (€1.75 million) is being set aside to fund the scheme, the rate of payment equals 0.2p/L, a spokesperson for the department said.

This means that eligible farmers will receive an average payment of around £750. Payment is capped at 500,000L of production.

Launched in May of this year, the Small Dairy Farmer Scheme is the fourth element to the NI EAA package, the department added.

It is hoped that the scheme will help to maximise the spend against Northern Ireland’s £4.1 million (€4.5 million) allocation of EAA funding. The scheme has been closed for applications since the end of May.

The Rural Payments Agency is administering the scheme on the department’s behalf. Payments to eligible dairy farmers are expected to be made by September 19 of this year.

Meanwhile, DAERA is also taking the opportunity to remind beef and dairy farmers that the BVD Persistently Infected (PI) Removal Incentivisation Scheme remains open until the end of this month.

This scheme encourages the humane destruction of BVD PI calves within four weeks of an initial positive BVD test, according to the department.

Details of payment rates and how to apply are available on the Livestock and Meat Commission (LMC) website as well as the Animal Health and Welfare Northern Ireland website.

In addition, farmers successful in their registration for the Soil Sampling and Analysis Scheme are reminded to return their maps to the Agri-Food and Biosciences Institute within 14 days of the date of their notification letter.

All payments under EU Exceptional Adjustment Aid must be made by the commission deadline of September 30, DAERA concluded. 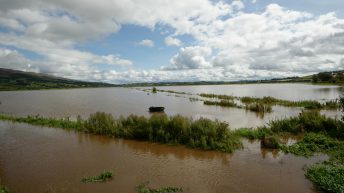