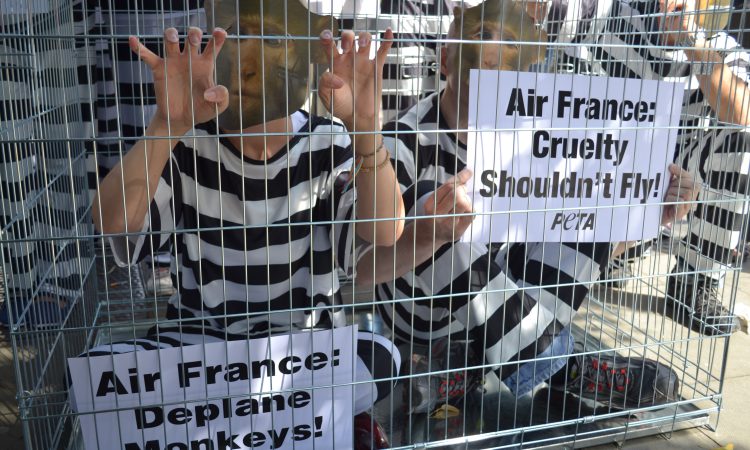 Extremist animal rights organisation PETA has bought its way into Facebook in a bid to increase the visibility of its graphic campaigns on social media.

The purchased shares will enable the group to submit a shareholder resolution, attend Facebook’s annual meetings, and ask questions of executives there.

The move comes after the social media platform continues to crack down on extreme content and ‘fake news’ on its feeds.

Facebook first began putting warning messages over videos that contain violent, shocking or potentially offensive content in 2015. Users can still choose to view the content; however, they must now click a button to remove the warning message.

In a statement, PETA said such censorship had “significantly limited” the group’s outreach.

“PETA’s objective is to stop animal suffering, and we rely on social media to reach people with information that they might never otherwise see.”

Advertisement
In recent years sharing video footage through social media has played a vital role in many of PETA’s campaigns against issues such as animal testing, wild circus animals and fur.

The organisation, which is against all human use of animals, is best known for its outlandish stunts. Previous examples include its ‘Human Barbeque’, a pie attack on the Canadian Fisheries Minister, and a campaign for ice-cream maker Ben and Jerry to replace the cow’s milk in its recipes with human breast milk.

In December, PETA called for phrases such as “bring home the bacon” and “put all your eggs in one basket” to be banned because it claimed such expressions trivialise violence against animals.

PETA executive vice president Tracy Reiman added: “People deserve to see what animals endure in laboratories, on factory farms, and in slaughterhouses, when they’re skinned or plucked alive for clothing, and when they’re beaten so that they’ll perform tricks.

“PETA urges Facebook to follow Twitter’s lead by allowing users to decide for themselves whether they want to opt-in or out of warning covers.”