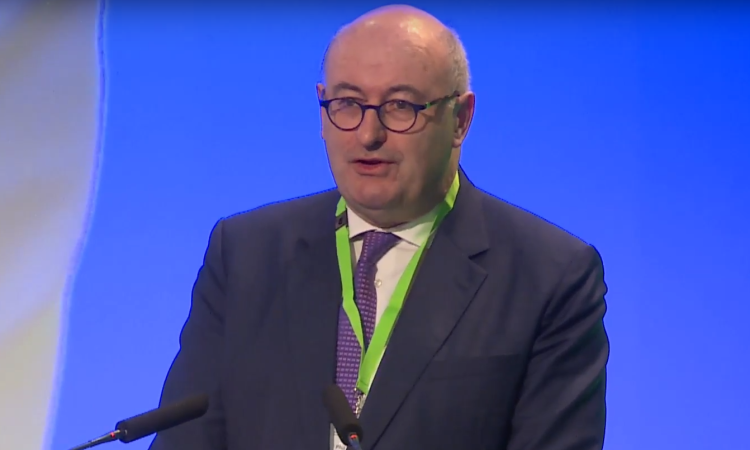 It is understood that European Commissioner for Trade Phil Hogan will resign from his role this evening (Wednesday, August 26).

A full statement, detailing his resignation, is expected within a matter of hours.

Hogan has been facing mounting pressure to resign from his role, following his attendance at the controversial Oireachtas Golf Society function last week.

Hogan was one of a number of high-profile politicians to attend the event. Others in attendance included the now former Minister for Agriculture, Food and the Marine Dara Calleary, who resigned on Friday (August 21).

He told RTE yesterday (Tuesday, August 25) that he has made “big mistakes” in recent weeks but “broke no regulations”.

Earlier in the day, the commissioner provided the President of the European Commission, Ursula von der Leyen, with a timeline of his movements and activities in Ireland since his return from Brussels at the end of July.

Also Read: ‘The controversy would distract from my work’ – Hogan

Hogan said: “I am satisfied arising from the [Covid-19] test that I did that proved it was negative that I was no risk to anybody.”

Both the Taoiseach Micheál Martin and Tánaiste Leo Varadkar had urged Hogan to consider his position, following his attendance at the Oireachtas event in Clifden.

However, the Irish government has no say in whether Commissioner Hogan would retain his post in the European Commission. That decision falls to President von der Leyen.

In hindsight I was wrong and made a mistake…and I apologise for it. I am embarrassed about it.

“I should have issued a fulsome apology on the Friday when all of this was breaking. I did not do so, and I regret that.

“I apologised strongly on Sunday and I did that in as fulsome a way as I possibly could.”