Home » Machinery » Pics: Dark ‘Kat’ spotted on the prowl in the south-east

Pics: Dark ‘Kat’ spotted on the prowl in the south-east 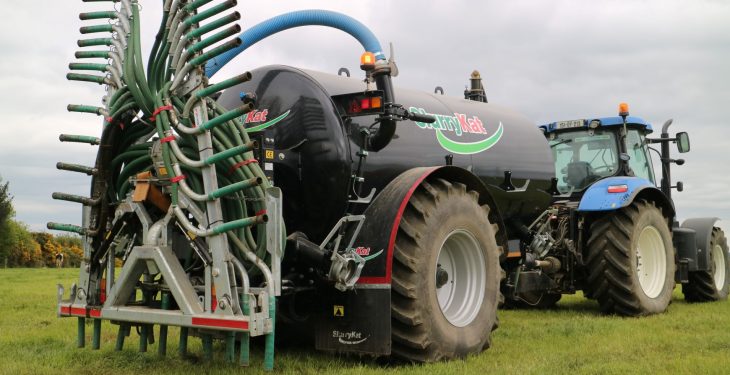 Based outside Rathgormack in the south-east, Nugent has been contracting for over 30 years – initially starting off with a Semac 1000-gallon tanker in 1981, which was pulled behind a David Brown 1490. Today the business has grown considerably; it now employs five full-time staff, which doubles to 10 during busy times of the year.

Nugent offers services such as silage harvesting, hedge-cutting, dung spreading and plant hire to customers in the surrounding areas. One thing, however, has remained predominant in the business since he started – and that is slurry spreading.

To deliver slurry to where it’s needed, Patsy has two Doda pumps (supplied by SlurryKat – the main importer for Doda). Slurry is pumped out to either of two SlurryKat spreader bars or a SlurryKat 9m dribble bar.

Nugent’s latest investment for his slurry enterprise comes in the form of this 2500-gallon SlurryKat tanker (below), which is fitted with a 9m dribble bar and is finished in gloss black.

I bought my first SlurryKat equipment back in 1997 and I have been dealing with them ever since. We bought the latest tanker and applicator to keep up with demand and are delighted with it.

Nugent says that the tank itself is built to the standards demanded from today’s agricultural professionals, referring to the fact that SlurryKat also encompasses an agricultural contracting business of its own (as well as being a manufacturer of agricultural equipment). Nugent is confident that the firm has applied its “hands-on experience and knowledge” to the design of its machines.

In fact, SlurryKat’s slogan is ‘designed by contractors; built by engineers’.

The Super Tanker range, from which Nugent’s tanker has come, has apparently been specifically designed for the spreading system which is mounted on the rear. The company says that it is not simply a ‘bolt on’ or an afterthought.

SlurryKat claims that the chassis and spreading technology “merge in a unique way” – to provide “equilibrium” and enable “smooth” road travel.

The tank itself is constructed from 6mm mild steel, which is welded both internally and externally. It is then mounted onto a laser-cut, press-formed and tapered chassis – complete with a high-speed, commercial-spec axle with 420×180 brakes and 30.5 R32 low ground pressure tyres.

Suction and pumping muscle is provided by a 11,000L/min PTO-driven Jurop vacuum pump. For convenience, four fill points come as standard – as well as a side inspection hatch and three sight glasses. The tanker also incorporates anti-implosion rings and an anti-slosh baffle system, as well as a sprung drawbar and a stone trap.

Enthused about his newly-acquired tanker, Patsy commented: “I am delighted with the tanker to be honest; I have a lot of SlurryKat equipment and I think it’s well-engineered to last the kind of work contractors will put it through. I still have some SlurryKat equipment that I purchased in 1997 and it still works away every year.” 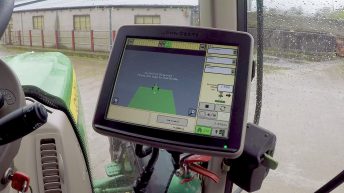