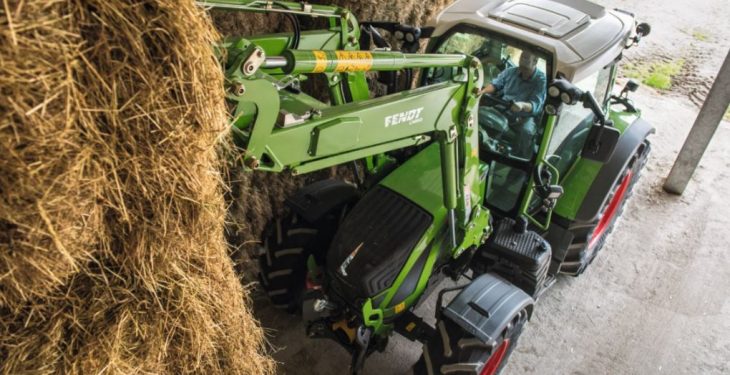 Fendt has unveiled its latest range of tractors, the Fendt 500 Vario series, which is available in 125-165 horsepower models.

According to Fendt, the 500 Vario series was developed to be more efficient as it is equipped with optional features adopted from its range of high-horsepower tractors.

The four-cylinder tractor series features the well-known Fendt operating system and the Visioplus cab, while changes have also been made to meet the Tier 4B emissions standards.

And, according to the manufacturers, this package can allow the AdBlue consumption to be reduced by up to 50% compared to the previous model.

The new 500 Vario is powered by a 4.04L four-cylinder Deutz engine featuring common rail injection and the tried and tested Fendt SCR technology, which is said to offer an efficient fuel-saving solution.

According to Fendt, all of the tractors and implement functions can be controlled by the Varioterminal – a control panel which can be moved according to the operators needs.

The well-known Varioterminals 7-B and 10.4-B are now available for the Fendt 500 Vario. The Varioterminal 7-B can also control ISOBUS-capable implements and program the VariotronicTI headland management.

While the 10.4-B terminal also has two camera ports, the VarioGuide guidance system, VarioDocPro documentation system and data transfer per Bluetooth, all in one device.

The tractor series is said to be compact, maneuverable and can be used with a wide range of equipment, which distinguishes the Vario 500 from other tractors.

The manufacturers also say that the direct flow from the engine to the PTO means the Fendt Vario 500 Vario transmits power efficiently.

With the optional 1000E rear PTO, implements with a high speed requirement can be operated very fuel-efficiently and the tractor’s range of applications can be expanded and according to studies up to 7% fuel can be saved during PTO operations.

Comfort and safety through optimal visibility

Along with the well-known VisioPlus cab design, the Vario range also features a 300 degree front wiper, which guarantees an optimal view to the wheel arches and the front loader.

The modern lighting concept on the Fendt 500 Vario ensures perfect viability, while the view to the implements and wheel arches are excellent in the dark due to the crossed light beams.

The LED lights, with an overall output of more than 37,000 lumens, consume very little power and have a very long life, it says.

The 500 Vario tractors also feature the super comfort seat Evolution Dynamic Dualmotion, which is available with a genuine leather cover for the driver and passenger seats.

The Dualmotion backrest adapts itself to drivers’ turning movements and stabilises their back.

It provides comfortable, ergonomic support when looking towards the rear during work with rear-mounted implements. 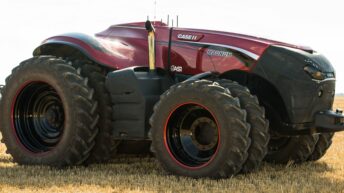