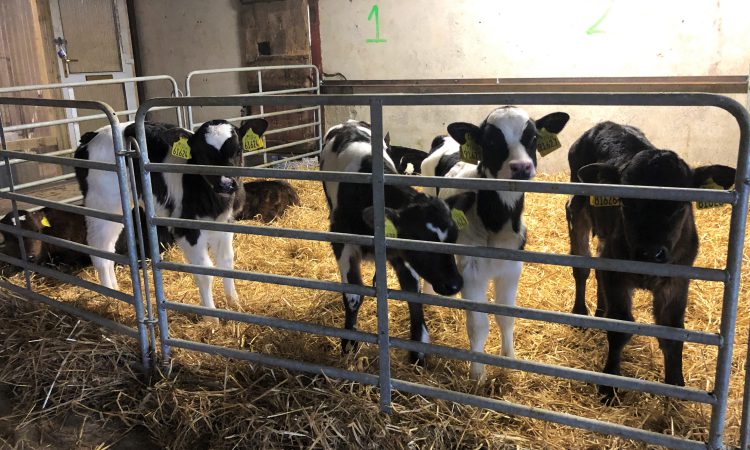 New measures have been unveiled to enable more TB herd tests to be completed safely on farms in Northern Ireland.

Minister of Agriculture Edwin Poots announced that from May 4, calves under 180 days old may be exempt from all bovine TB herd test types if they cannot be tested in accordance with the latest Public Health Agency guidance on social distancing.

The minister also announced a number of additional temporary measures to ease movement and testing controls while protecting animal health.

Minister Poots said: “From the onset of the coronavirus pandemic, my department and I implemented a number of changes to safeguard the health and well-being of farmers, veterinary practitioners and staff, and I gave a commitment to keep this under review.

“To further enhance those measures, I have decided to relax testing for calves under 180 days old where such tests can’t be carried out safely and in line with current PHA guidance on social distancing.

“This will facilitate more testing of older cattle, where herd tests can proceed safely, and will help to maintain the vital TB surveillance programme during the Covid-19 crisis.

Herds with clear tests will retain or regain their Officially TB Free (OTF) status and can trade freely with the exception of untested calves aged between 42 and 180 days.

“To protect animal health and Northern Ireland’s international trading position, the untested calves will be restricted and cannot be traded until they can be tested safely with a negative result. This measure will be kept under review.

“In addition to relaxing the testing of calves I have also announced a number of temporary measures to ease the burden on farmers during this temporary phase, while maintaining animal health controls.”

Where a veterinary practice is not carrying out any bovine TB tests, the farmer can contact their local Divisional Veterinary Office (DVO) to request a change of vet.

Once the DVO confirms the situation with the veterinary practice, the test can be re-assigned to the DVO or another practice.

The number of TB letters sent to farmers will also be reduced by streamlining the current communications.