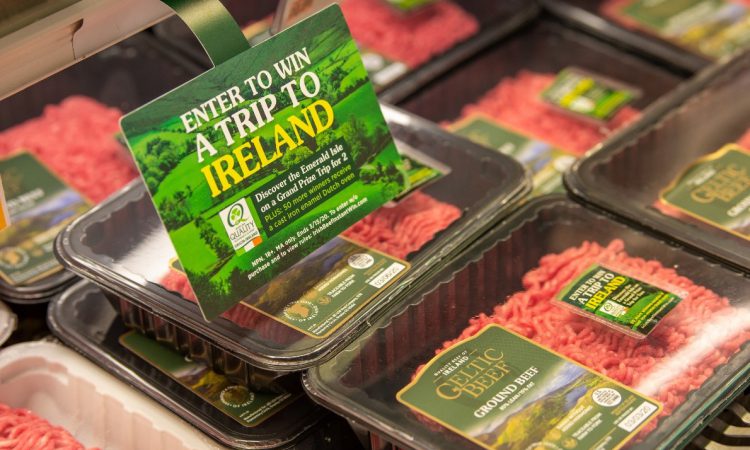 Northern Ireland Agriculture Minister Edwin Poots has written to his counterpart in the Republic of Ireland over concerns as to whether the region’s farms will be able to participate in Bord Bia quality assurance schemes.

It comes amid fears businesses will not be able to use the scheme’s logo for Northern Irish produce after the end of the Brexit transition period on January 1, 2021.

McAleer said: “Following representation from farmers in the poultry sector, I wrote to Minister Poots to highlight serious concerns that EU exit could prohibit Bord Bias auditing and accreditation of production facilities in the north.

Any impediment to this would have serious consequences for the sector locally as there is a specific north of Ireland Bord Bia logo, which potentially may not be available after January 1, 2021.

In his response, Minister Poots said: “A number of local producers and processors across a range of sectors benefit from participation in a range of Bord Bia quality assurance schemes for agricultural products.

“I also appreciate that a number of businesses in the Republic of Ireland source high-quality animals and produce here, which in turn qualify for Bord Bia accreditation.

I am aware of concerns that Northern Ireland producers and processors may no longer be eligible to participate in these quality schemes after the end of the Transition Period.

“My officials have contacted Bord Bia’s parent department, DAFM, seeking clarification on any potential issues and I have also raised the matter with my counterpart in Dublin, former Minister Calleary.

“As you may be aware, the Bord Bia schemes are due for renewal under the EU State Aid regime later this year.

“I am pleased to say that this issue is very much on DAFM’s radar and they are engaging with the commission on renewal of the state aid approval, including clarifying the positions regard NI’s future participation in the schemes. I will update you on any developments in due course.”

McAleer concluded: “Agriculture processing is highly integrated across the island of Ireland. Any obstruction to any part of this can damage the entire food ecosystem. Sadly, this dilemma is another product of a Brexit decision that the people of the north did not vote for.

“I welcome the intervention of Minister Poots with his counterpart in Dublin to highlight this serious issue and I will continue to engage with the minister and my counterpart Matt Carthy TD to strengthen the case for our farmers at this time of great uncertainty”.