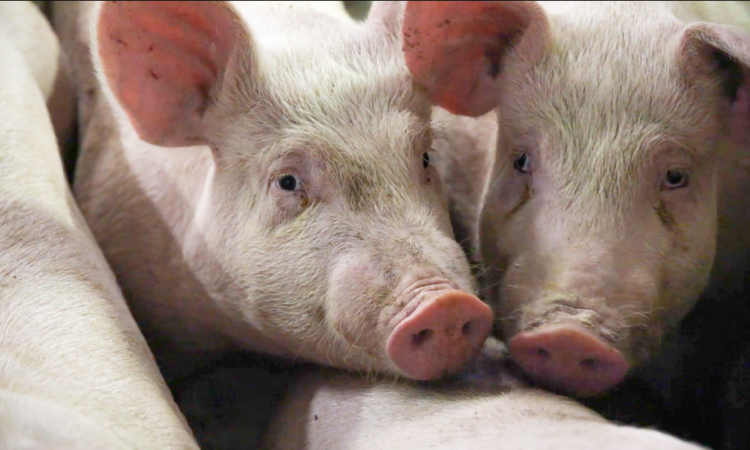 The backlog of pigs to be slaughtered could reach as many as 24,000 in just a month, according to representatives from Northern Ireland’s pork industry.

The letter warned farmers may be forced to cull pigs should animal welfare issues arise due to overstocking.

The Pork & Bacon Forum wrote to the committee just days before warning local abattoirs were working at 80% of the required capacity to meet the demand for pork products – a situation only likely to worsen in the months ahead.

The crisis has now been further compounded by shortages of carbon dioxide gas, which is used to stun pigs and poultry prior to slaughter. In the UK, carbon dioxide is produced by fertiliser manufacturers as a byproduct.

Rising gas prices meant CF Industries, the UK’s largest fertiliser manufacturer, had to stop production at two of its sites, causing a 60% reduction in the UK’s food-grade carbon dioxide supply.

The Agriculture Committee is calling on the government to temporarily relax visa rules for seasonal EU workers working in pork slaughterhouses.

It also is calling for:

Committee chairman Declan McAleer wrote: “The pork industry generates around £345 million to £400 million a year and supports markets on the island of Ireland, as well as Great Britain, which is only 50% self-sufficient in terms of pork demand.

The three main pork slaughterhouses in the north have long-experienced difficulties in attracting and retaining staff and have actively engaged in extensive recruitment exercises and schemes to incentivise applicants, in order to sustain output.

“However, given the difficulties in attracting local people to apply for, and accept, jobs in the slaughterhouses, these entities have in recent years relied on workers from the European Union, and further afield, to bolster the workforce.

“…The industry has taken a range of steps in order to mitigate this including offering overtime, bonuses, increased rates of pay and other incentives to staff. It has further engaged in schemes to attract workers from overseas, including the Tier 2 scheme.

“However, these measures have had a limited effect and the sector continues to experience a net negative staffing position month to month,” he continued.

Industry figures have warned it could lead to a shortage of pork products in supermarkets while falling farm-gate pork prices will threaten the viability of farms.

The situation also means the industry is unable to exploit opportunities for growth in new markets as it does not have the capacity to meet any additional demand.