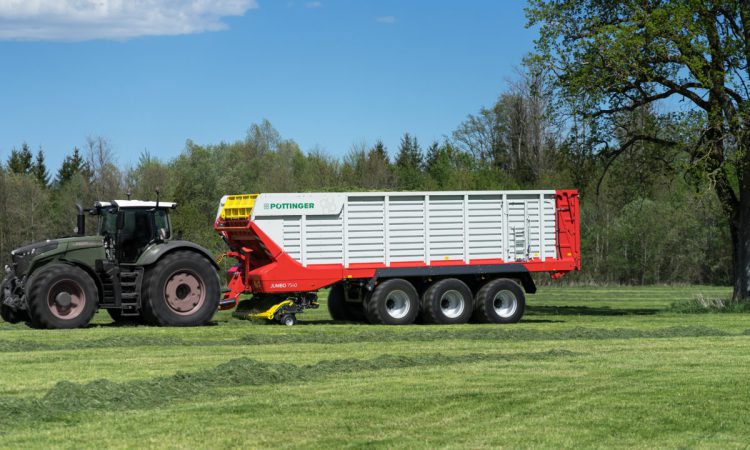 Austrian agricultural machinery company Pottinger has hit a new record turnover in the 2020/2021 financial year – to coincide with the 150th anniversary of its founding.

The business achieved a turnover of €405 million in the most recent financial year, exceeding the €400 million mark for the first time.

The turnover represents an increase of 11% compared to the previous year.

Grassland machinery accounted for the majority of the turnover, accounting for 69% of the €405 million.

The arable sector, with tillage and seed drill technology, accounted for a sizeable 31% portion of the turnover. Both divisions saw increases on last year’s figures.

The original spare parts business unit increased its performance by 8%. The company says that customer services during the Covid-19 pandemic made a “major contribution” to that side of the business.

Pottinger currently has 16 sales locations worldwide, and four manufacturing plants in Europe. 88% of its turnover in the 2020/2021 financial year was from goods exported from Austria, with domestically-sold goods accounting for the remaining 12%.

Almost 60% of the turnover was accounted for by sales in just six countries – Germany, France, Poland, Switzerland, the UK and Austria itself.

The German and French markets again accounted for the largest share of turnover (18% and 15% respectively), with both markets “remaining more or less constant over the past financial year”, the company says.

Pottinger also noted large increases in turnover is its less popular markets, with sales turnover increasing by 48% in Canada; by 33% in Australia; and by a very significant 151% in Russia.

Strong turnover growth was also observed in sales to Norway, Hungary and the Baltic states (Latvia, Lithuania and Estonia).

The company was founded in 1871 by Franz Pottinger at the town of Grieskirchen in the north of the country.

150 years later, it has 1,929 employees, a slight increase on the last financial year.

2021 saw the opening of Pottinger’s fourth assembly plant, in St. Georgen, near its headquarters in Grieskirchen.

Looking to the future, Pottinger spokesperson Gregor Dietachmayr said: “With a view to the environment and future generations, we also place great emphasis on sustainability and the conservation of resources.

“Even in the difficult financial year 2020/2021, a year that has seen many changes, we have demonstrated our resilience, commitment and determination,” he concluded.