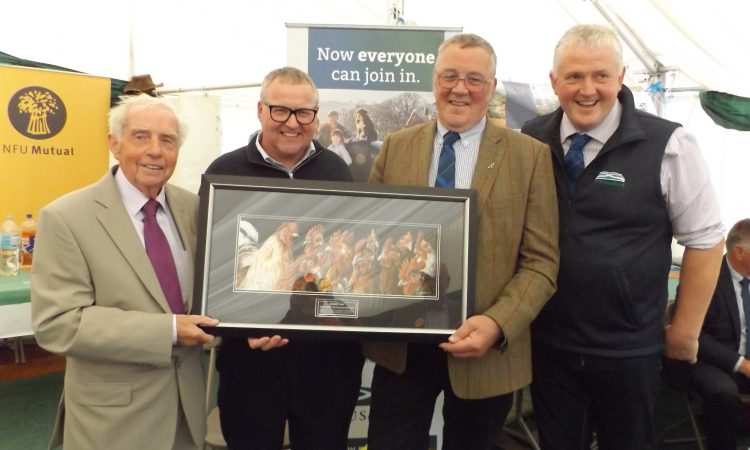 A stalwart of both the poultry industry and NFU Scotland has taken the NFU Scotland North East Region’s ‘Unsung Hero’ award for 2019.

The award was presented to Bob Hay, Luncarty Farm, Turriff on the NFU Scotland stand at the annual Turriff Agricultural Show this week.

A former local branch chairman, Bob has served on the North East regional board and chaired the union’s poultry working group both nationally and locally.

The award was made at a drinks reception at the show by reception sponsor Malcolm Allan, regional chairman Davie Winton and NFUS president Andrew McCornick.

Making the presentation of an Angela Davidson limited edition print of hens called ‘Battery Pac’, McCornick praised Hay for the “astute, intelligent and modest way” in which he represented poultry producers across the country.

In particular, he highlighted the “sterling work” carried out several years ago in the face of damaging plant closures and the impact that had on Scottish chicken production. 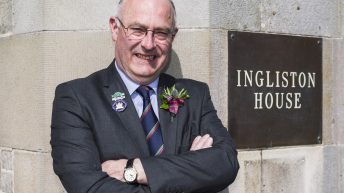 New chairman appointed for RHASS Board