Preparations kick off for ‘Winter Fair 2018’

The countdown to the 2018 Royal Ulster Winter Fair was officially kick-started by the Royal Ulster Agricultural Society (RUAS) and Danske Bank this week.

The event will again be sponsored solely by Danske Bank, which has been a longstanding supporter of the fair since its inception 33 years ago, according to RUAS.

This year’s Royal Ulster Winter Fair will take place at Eikon Exhibition Centre, Balmoral Park on Thursday, December 13, from 9:00am to 6:00pm.

She said: ‘‘We are excited to launch the countdown to this year’s winter fair. The one-day dairy event has become a firm favourite in the agricultural calendar in the run-up to Christmas and has established itself as the meeting place for the dairy industry in Ireland. 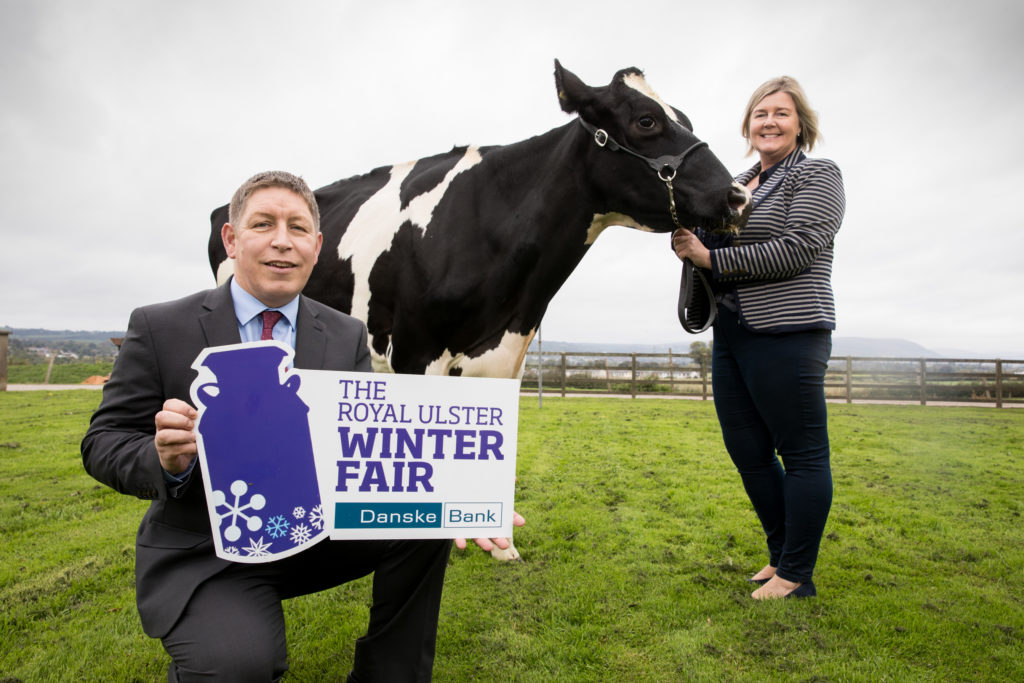 "We are delighted to once again host the winter fair with the generous financial backing of Danske Bank; its continued support has allowed us to grow the event year on year and deliver a pinnacle show for the industry.’’

Rodney Brown, head of agribusiness at Danske Bank, said: “Our sponsorship of the Royal Ulster Winter Fair is as important to us today as it was 33 years ago when we first became sole sponsor.

Over that time, we have seen the winter fair grow and flourish, through both good times and more challenging times in the industry.

"Today it is one of Ireland’s biggest events in the dairy industry. We look forward to continuing our long-standing strategic partnership with RUAS.”

'Resource usage will double by 2050': Sustainability key for European dairy