‘Resource usage will double by 2050’: Sustainability key for European dairy

Dairy sector leaders from across Europe and Northern Ireland gathered today (Thursday, September 27) to discuss the future sustainability of the dairy sector.

The EU-funded event which was organised by the Dairy Council for Northern Ireland in collaboration with the European Milk Forum (EMF) brought 100 delegates to CAFRE Greenmount.

Northern Ireland has already made significant strides in dairy sustainability practices, improving its carbon footprint by 30.7% between 1990 and 2014. 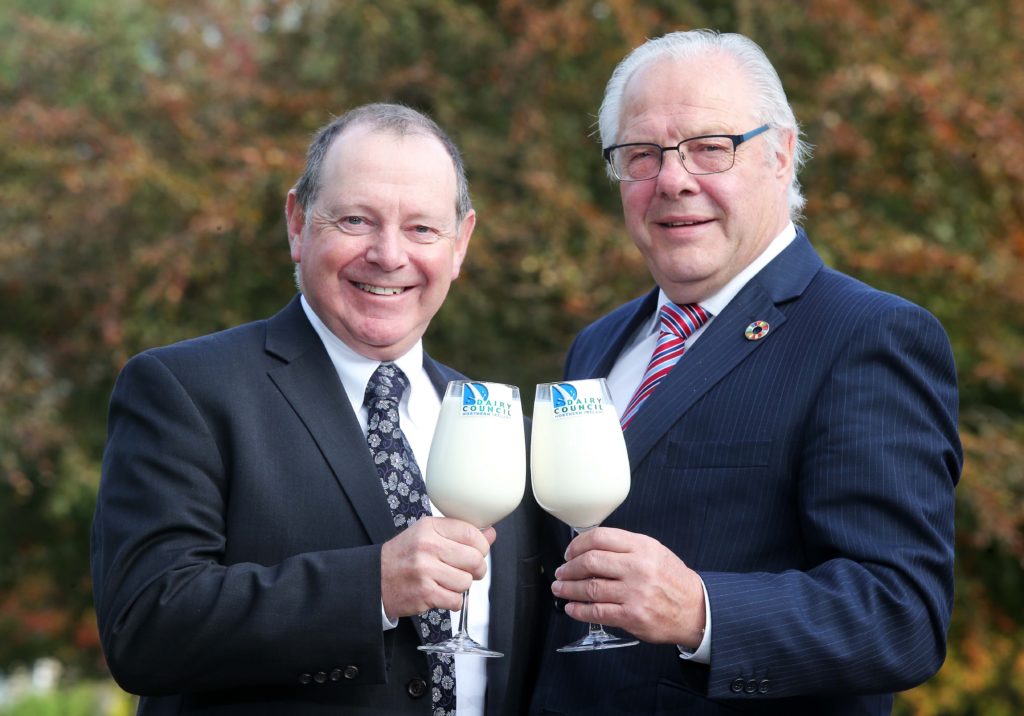 Trailing-shoe slurry application, soil testing, selective breeding practices, and energy efficiency measures are already being applied on farms across Northern Ireland to reduce the impact that the dairy sector has on the environment, and play a key role in improving it.

Addressing the symposium, Moore said: “The dairy sector plays a vital role in sustaining rural communities, providing employment, and safe and nutritious food for us to enjoy.

The United Nations anticipates that resource usage will double by 2050, highlighting the urgent need to radically revise our approach to production and processing.

“For that reason, it’s important that we get the environmental aspects of farming and dairy processing right. This was echoed in the Paris climate agreement in 2015 which set binding commitments to limit global temperature rise and recognised that these efforts must not threaten production and food security.”

Dairy Council CEO Dr. Mike Johnston MBE said: “Today we are acknowledging the work that still needs to be done, and highlighting the significant work already being done to tackle climate change, reduce emissions and take an evidence-based, scientific approach to milk production and processing.

Not only are farmers and processors taking responsibility for their actions, they are also involved in spearheading and developing the latest sustainable dairy research initiatives.

The permanent secretary at the Department for Agriculture, Environment and Rural Affairs, Dr. Denis McMahon, provided an update on the environment priorities within the Northern Ireland Future Agriculture Policy Framework.

Other speakers included sustainability experts Dr. Steven Morrison from the Agri-Food and Biosciences Institute (AFBI) and Martin Mulholland from the College of Agriculture and Rural Enterprise (CAFRE).

Human nutrition expert Dr. Stephan Peters from the Dutch Dairy Association spoke about diet modelling and the impact of our diet choices on the environment.

Attendees were also shown case studies from local farms and dairy processors and offered the opportunity to visit the dairy unit on site, which is used by CAFRE for knowledge transfer and to model the latest evidence-based dairy practices for students.