Prime cattle quotes on the rise in Northern Ireland 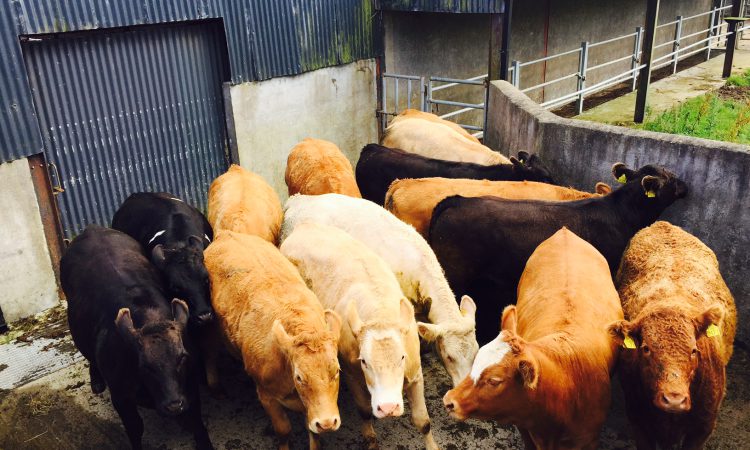 There are positive price trends emerging for prime cattle this week in Northern Ireland. Unlike the southern trade, processor quotes are continuing to rise.

The trade last week saw an increase of 4p/kg in prime cattle grades – in comparison to the previous week. With prices predicted to have increased by an additional 2p/kg for this week.

Unfortunately for beef finishers, the cow trade is going in the opposite direction, with a continuing decrease in price.

Cows grading O+3 or better last week were receiving quotes of up to £2.60/kg and dropping back to £2.50/kg with some processors.

These quotes have witnessed a drop of 10p/kg, as cows were quoted up to £2.70/kg in the previous week.

Reflecting back on the October 2019 and 2020 figures, there was a decrease of 3.7% in the number of prime cattle processed. This may have aided the price increase somewhat.

An interesting figure to note is that the average carcass weight of 350.9kg for prime cattle increased by 5kg this year in comparison to October 2019. Similar trends were seen in cow carcass weights, as they achieved an average weight of 208kg – which is an increase of 6kg on the same month last year.