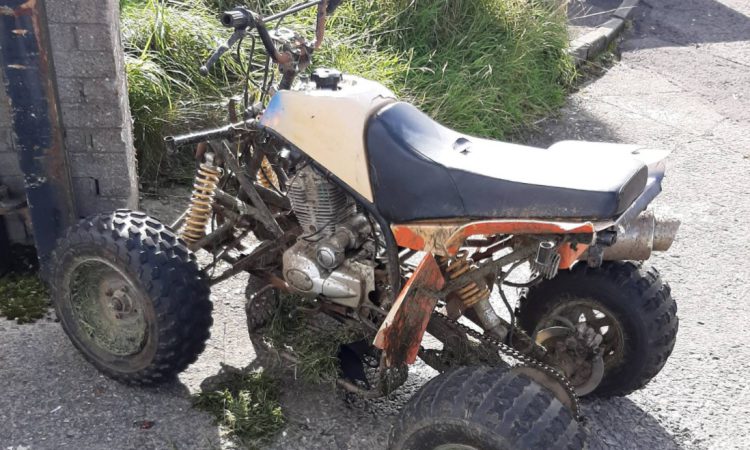 A quad bike which was observed “driving in a dangerous manner” has been seized by members of the Police Service of Northern Ireland (PSNI) in Co. Derry earlier this week.

Following the seizure of the vehicle yesterday (Thursday, September 3), local police are making enquiries and have made an appeal for information in relation to the matter.

An appeal was made for witnesses following a road collision between a motorbike and a 4X4 towing a cattle trailer last month in Co. Down.

The incident occurred on Saturday evening, August 8, according to the Police Service of Northern Ireland (PSNI).

In an appeal for information, local PSNI officers said:

“Police are appealing for witnesses following a serious road traffic collision on the Killinchy Road, Comber, between Balloo and Lisbane shortly before 4:00pm on Saturday, August 8.

The accident involved a male on a motorbike and a jeep towing a cattle trailer.

“If anyone witnessed the accident or has dashcam footage they feel may assist police with this investigation, please phone 101 and quote police reference 1389 from 8/8/2020.”