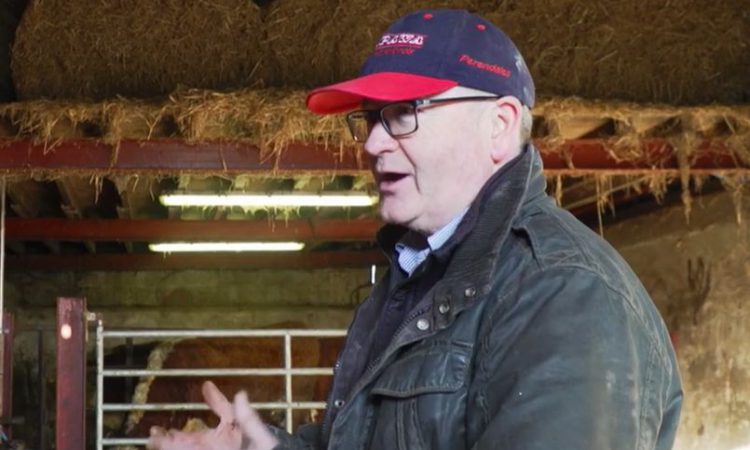 The broadcast of the final episode of the current series of UTV’s Rare Breed – A Farming Year, has been postponed by a week.

A spokesperson said: “Due to a change in the ITV Network, the final episode of Rare Breed will now air next Tuesday, April 20 at 7:30pm.”

It marks the end of an era as presenter Mark McFadden narrates the series for the last time.

The episode catches up with all seven farming families through December – the end of a difficult and challenging 2020.

It’s an early start for vegetable farmer Emily McGowan from Comber. She’s at the wholesalers in Belfast at 4:30am to pick up additional produce — exotic fruit and veg that can’t be grown locally.

She explains that despite leaving university abruptly in March 2020, she’s enjoyed working full-time at the shop and farm. She has big ambitions to develop the online side of the business, given the shop is quite small.

Dad, Adrian, has enjoyed the ‘youthful energy’ that the young ones have brought and enjoys sharing the joys of farming with Emily – especially the early starts.

There’s no Christmas wind down at James Alexander’s farm near Randalstown. He’s decided to trial a new system of working, starting with an online sale of livestock in the New Year. He plans to sell 50 animals and is enjoying getting them ready for the sale.

In Tyrone, Des Kelly (pictured top) is selecting cows to start a new circle of life. As they do this, Des and assistant Rodrigo clean and clip the cattle to prevent them from overheating while housed during the winter months.

Des says it helps them breathe better and he’s grateful for Rodrigo’s skills, good eye, and attention to detail. He points out that Covid or no Covid, the cycle of farming “drags you along” as farming happens anyway. He’s glad of a bit of quiet in December before the new lambs come in the New Year.

As the year draws to a close, the Preston family is gathering the flock at their farm near Gortin in Tyrone.

Kenny is happy that over 70% of the ewes are pregnant, and he’ll need spares to be foster mums for triplet ewes that are on the way. He’s keen too for shows to go ahead in 2021 and Zara talks about her recent Young Farmer success.

Near Tempo in Fermanagh, Andrew and Margaret Little have their hands full with a batch of new calves. Margaret is capturing the work for her social media. She loves to share her journey into farming with her followers and keeps busy weighing new calves.

They’ve had a successful year and have run out of space for them all but she has plans to create more pens for next year.

The last stop in the series is to Glynn, near Larne, where Jonny Hanson is mulling over Jubilee Farm’s second year. There’s been a lot happening since he started farming in 2019.

He’s had a ‘mixed bag’ of a year, with financial and logistical challenges, but on the flip side, their volunteer pool has grown as has demand for local produce. And he’s hoping the scanner has good news about new goats for 2021.