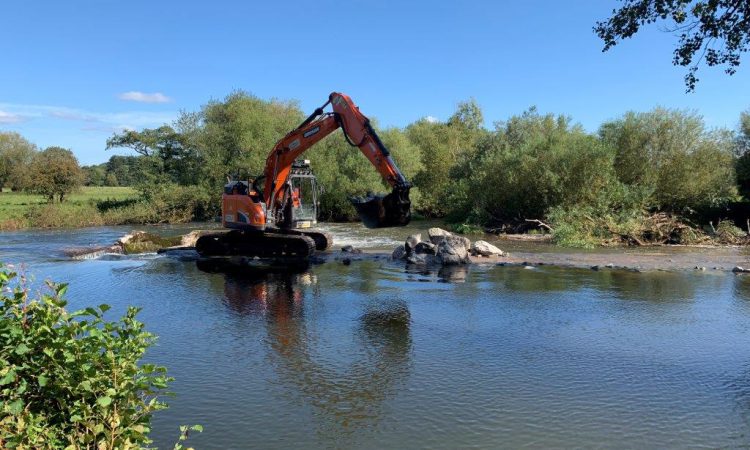 The £2.5 million project to remove the Dovecliff weir at Egginton, South Derbyshire – the biggest weir removal project in the country – is now complete, following a 24-month programme of works.

For the first time in almost 900 years, over 550km of watercourse have been opened up for the free passage of fish of the River Dove and its tributaries.

Dovecliff weir was the first barrier to fish migration along the River Dove and, in combination with other completed fish passage projects, its removal now enables all fish species to access their spawning grounds.

Along with improving passage for fish, removing the weir benefits water quality, public safety and welfare, wider floodplain biodiversity and boosts the local economy by attracting more visits by anglers to the area.

Rivers are dynamic ecosystems which provide many benefits to both people and wildlife. Over the centuries, rivers have been impacted by industry and urban growth, affecting how they function.

Building weirs, such as this one at Dovecliff, have broken the dynamic function of rivers, resulting in a loss of ecological diversity and river function.

By removing the weir, we will improve biodiversity and fish passage through the entire Dove catchment. It will also improve the habitat for fish to spawn and grow as it creates a more natural river environment, without the impact of human-made barriers.

“We’re already seeing the benefits upstream of the site with the formation of gravel bars and improved habitat for invertebrates, spawning fish and other wildlife.” 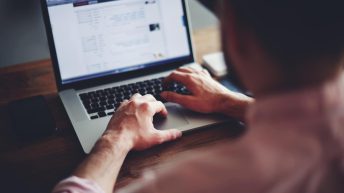