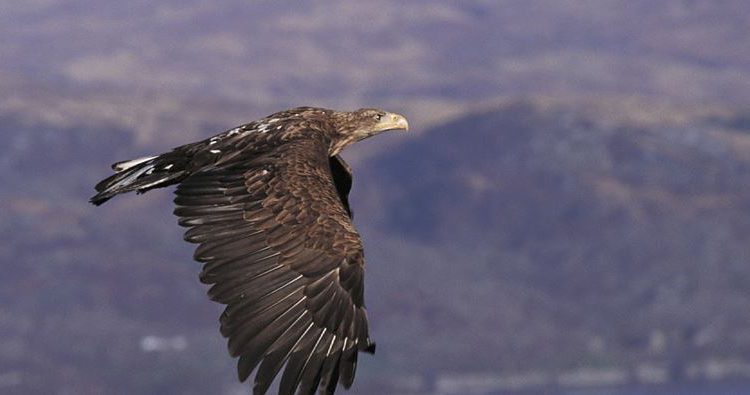 A report by Scottish Natural Heritage (SNH) has acknowledged the impact large wild birds can have on agricultural businesses.

The report states clearly for the first time that birds such as white-tailed eagles do predate healthy sheep and lambs.

The documents recognise that, since their reintroduction, there has been a growing impact of the birds on sheep flocks in the west coast with many farmers and crofters experiencing significant losses to white-tailed eagles, particularly in areas where there is a lack of alternative prey.

Post-mortem examination of a very small sample of lambs killed by white-tailed eagles also found most to have been fit and healthy when attacked rather than dead or unviable lambs, as some originally believed.

The white-tailed eagle population is predicted to continue to expand exponentially in the short term from its current level of 130 breeding pairs to hundreds more over the next 20 years.

The White-tailed Eagle Action Plan was produced by a stakeholder group following an agreement between SNH and NFU Scotland in 2014 to find ways to develop the right conditions for the sustainable co-existence between white-tailed eagles and sheep farming.

NFU Scotland has welcomed the publication by Scottish Natural Heritage (SNH) of several documents on the management of white-tailed eagles.

It believes that as the white-tailed eagle population grows, the problems for farmers and crofters will only get worse.

NFU Scotland president Andrew McCornick said: “We thank SNH for the publication of these documents, which clearly recognise that the diet of white-tailed eagles, in some locations, includes healthy sheep and lambs.

For some of our farming and crofting members on the west coast of Scotland, predation by white-tailed eagles of lambs and, in some cases, adult sheep, is an unwelcome threat to their future viability.

“That makes this a very emotive issue for those of our members affected by significant white-tailed eagle predation on their stock and NFUS is committed through the collaborative approach with SNH and other stakeholders to identify solutions.

“For a long time, the impression has been given that only weak or dead lambs are subject to white-tailed eagle predation. Recognition that predation includes healthy sheep and lambs vindicates what many farmers and crofters affected by WTEs have been saying for some considerable time.

With one white-tailed eagle monitor farm able to clearly demonstrate the loss of an extra 181 lambs in the period 2012-2018, it is clear to me that white-tailed eagle predation could have a serious impact on the sustainability of hefted hill flocks on some farms and crofts.

“The papers also recognise that, in areas where there is a lack of alternative prey, the predation period extends beyond lambing time in the spring and presents a threat to lambs and adult sheep throughout the year.

“It is important to note that the successful reintroduction of white-tailed eagles has brought tourism benefits to some, but the reality is that those benefits tend not to go to the farmers and crofters of the west coast who actually bear the costs and endure the impact that these birds are having on livelihoods that are already vulnerable.

“With numbers expected to grow exponentially over the coming decades, potentially into the thousands when combining adult and juvenile birds, the impact on sheep producers will expand far wider than the current hotspots as they follow available food sources east and south.

“All modelling on populations comes with significant caveats but one has suggested that, depending on conditions, there could be as many as 900 breeding pairs by 2040.

“That means the valuable work currently being conducted by SNH staff, their contractors and farmers and crofters looking for successful mitigation measures must continue as we endeavour jointly to find solutions to the predation problem.” 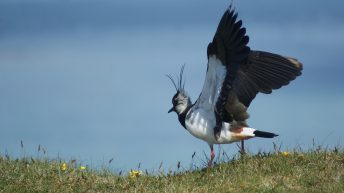 Working for waders: Bringing wading birds back to Scottish farmland