To celebrate 20 years of taking the ‘classroom to the countryside’, the charity will travel 600 miles to 12 Scottish Schools in an MF 7718 S tractor wrapped to look like a Highland Cow.

The eye-catching vehicle which has been supplied by farm machinery dealers the Hamilton Ross Group in partnership with Massey Ferguson.

By the start of the Highland Show, the tractor will have travelled to schools in all 12 Countryside Initiative areas around Scotland. The tractor will then return to Islington in time for the show later this week. 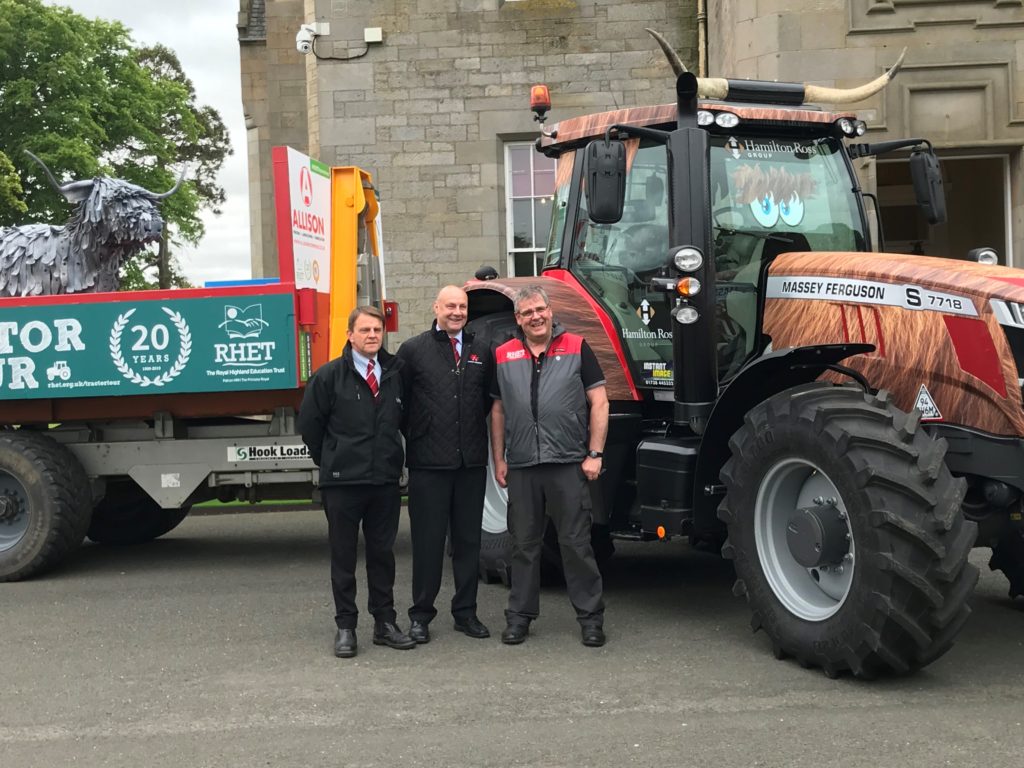 RHET board chairman George Lawrie, who will be driving the tractor, had initially hoped to raise £10 for the trust for every mile travelled.

George Lawrie said: “We are delighted to announce that we have already reached our target of £6,000 and we are hoping to raise even more funds.

"RHET is happy to be working alongside the Hamilton Ross Group and Massey Ferguson and would like to thank both companies for their continued support.”

Accompanying the tractor is a branded trailer, supplied by Allison Enterprises and the Binn Group, and a Highland cow sculpture made from recycled farm metal by Kev Paxton of ArtFe. All aspects make for quite a spectacle, which is sure to capture the interest of the children at each school visited.

During the tour, each school will be given the opportunity to enter a competition run by Massey Ferguson and the Hamilton Ross Group to name the tractor. The winning school will be awarded its very own RHET farm visit.

In addition, there will also be various games and a colouring competition.

RHET provide young people with an invaluable understanding of Scottish agriculture and the countryside, something which is crucial to the future of our industry.

RHET was founded in 1999 to teach the children of Scotland where food comes from and about the environment around them.

Today, the RHET takes more than 16,500 children onto farms and estates throughout Scotland every academic year.

Donations can be made on the RHET Just Giving Page.