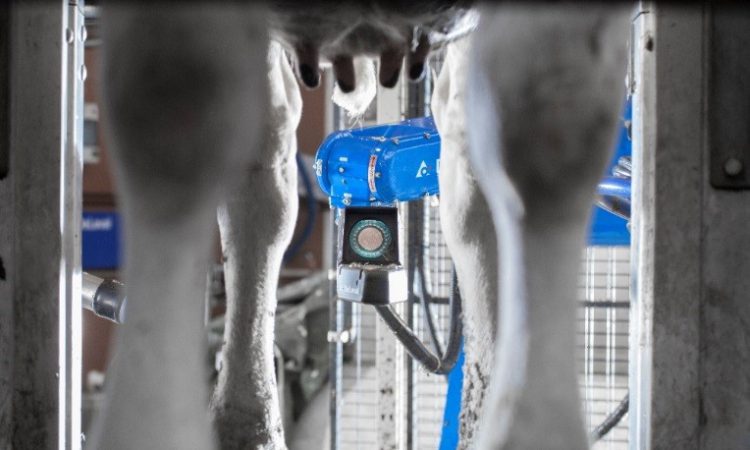 Fluctuations in milk yield measured by milking robots can be used to breed cows that can cope well with problems, according to a new Dutch study.

Researchers of Wageningen University & Research and CRV discovered that there are genetic differences between cows in the variability of their milk yield.

This discovery was made based on daily milk yield records of almost 200,000 cows.

Marieke Poppe, researcher at Wageningen Livestock Research, commented on the study, noting: “The milk yield of some cows fluctuates much from day to day, whereas the milk yield of other cows remains stable.

Because there are genetic differences between cows, it is possible to breed for less fluctuations in milk yield, according to the study.

Daily milk yield records could thus help to breed cows that can handle problems better; cows that are more resilient.

Explaining why fluctuations in milk yield are informative about the ability of cows to handle problems, the researcher said:

“When a cow has to deal with a disease or other complication, her milk yield will drop temporarily. This is comparable to humans: when we are ill, we also take it easy for a while.

“Such short-term drops in milk yield lead to fluctuations in milk yield, which you will see less in cows that can handle stressors well.”

Until recently, only milk yield records that were taken every three to six weeks were available for genetic analysis. Therefore, it was not possible to study variation in milk yield from day to day, Wageningen University claims.

Another researcher, Han Mulder, addede: “Now that daily milk records from milking robots are available, we have the unique opportunity to study short-term fluctuations in milk yield as an indicator of ‘trouble-free cows’.”

According to the university, further research will focus on the additional value of this new trait compared to existing traits currently used in breeding, such as udder health and longevity.

The additional value may be that this trait grasps better how much cows react to “stressors” and how quickly they recover.

If there is indeed an additional value, breeding values for fluctuations in milk yield can be estimated. This would allow farmers in the future to breed trouble-free cows even better, the Dutch university claimed.