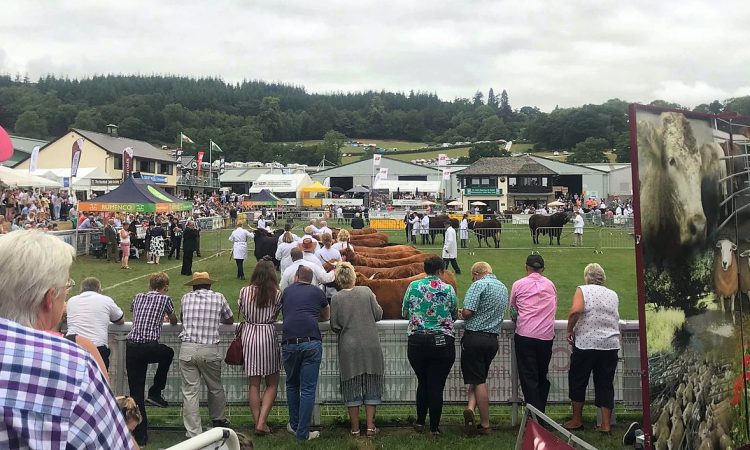 A total of 12 honorary awards were presented on the Royal Welsh Agricultural Show – including two of the society’s esteemed silver medals.

These were presented to Mr. WI Cyril Davies and Mr. Edward Morgan in recognition for their outstanding contribution on the first day of the 2018 show (July 23).

He has also been a member of the board of directors for 26 years and an active member of finance committee, staffing and remuneration, constitution committee among others.

Since his retirement from ADAS, Cyril has stewarded at all three society events. 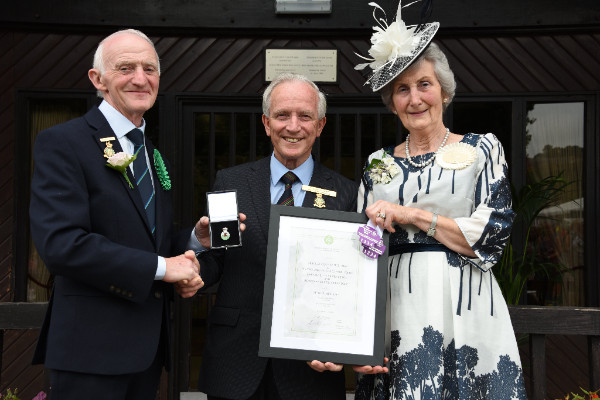 Cyril has represented the society on CARAS (Council for Awards of Royal Agricultural Societies) for 18 years and held the post of national chairman from 2009 to 2011 and is an active member of the moderators’ panel.

Edward has served the society for 22 years as a steward and has recently stepped down as Assistant Honorary Director for Machinery and Tradestands. Edward has looked after the trade stand section with great as chairman of the committee – a post he held for 10 years.

Edward is also a member of Breconshire Advisory Committee.

Steve Hughson, Royal Welsh Agricultural Society chief executive, said: “We are forever grateful for the hard work and dedication of all the stewards and volunteers involved with the society.

In excess of 1,500 people give up their time to sit on committees, join the county advisory groups, fundraise and generally help out with the society events, this is the ‘gold-dust’ that makes our show so special.

“The presentation of our honorary society awards is a way for us to show our appreciation to those that have given exceptional service to the society for many years.

Other recipients of the society’s honorary awards are:

John Vaughan and Kay Spencer and were both awarded Honorary Life Vice-Presidency.

Vaughan was awarded the Society’s Silver Medal in 2001. He was assistant honorary director of editorial and publicity in 1986 and subsequently became chairman of finance – a role he still carries out today.

He chaired the Montgomeryshire Advisory Committee for 25 years and is also an active board member.

Kay Spencer had served as secretary of Gwent Advisory Committee for 20 years.

She has been a member of the Advisory Committee for 22 years and has represented the county on the board of directors for 18 years.

She will continue as assistant honorary director dairy produce and home crafts, and also as the director of the Spring Festival.

Beryl Vaughan has been a steward in the press office since 1988. Beryl is a huge supporter of all society events and activities, having raised a significant amount of money for the show, National Eisteddfod and much more.

Cllr. Rosemarie Harris has given more than 33 years of service to the Society.

Over that time she has held multiple roles as a board member, a former member of enterprises, the organiser of floral art in the Winter Fair, as well as senior steward (floral art) for the horticultural section of the show.

Cllr. Harris continues to support the society in her current role as Leader of Powys County.

Major Peter Holtorp has given more than 35 years of service to the society as senior steward in the horse section collecting ring.

Major Holtorp has also had a distinguished career as a former bomb disposal operative in Northern Ireland and previously worked for the United Nations. 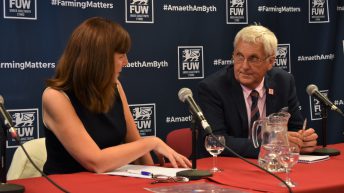