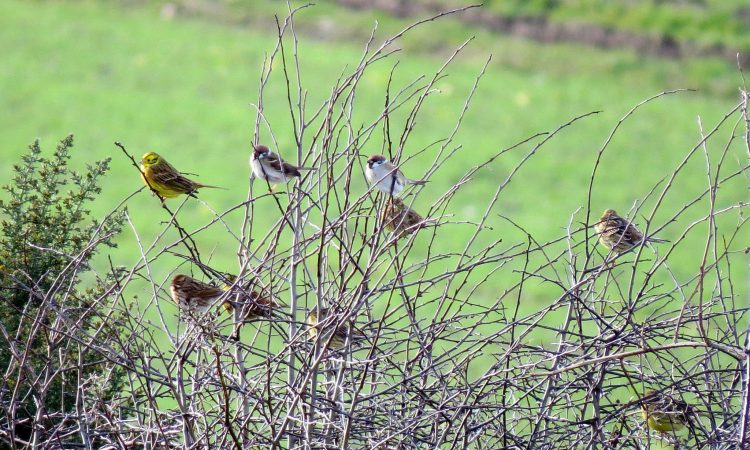 Bird conservation charity RSPB NI has said a public consultation over an Environment and Nature Restoration Bill in Northern Ireland has the potential to “turn the tide” on biodiversity decline.

The RSPB, as part of its Revive Our World campaign, is pushing for legally-binding targets to restore nature by 2030 and for a green recovery from the pandemic.

John Martin, head of policy at RSPB NI, explained a survey carried out by the charity showed strong public support for environmental legislation.

“It is great to see nature restoration being made a priority at the assembly so we can revive our world for present and future generations,” he said.

“Now more than ever, people are recognising the benefits of nature and connecting with outdoors, wildlife and green spaces for not only wellbeing but for health and economic prosperity.

In Northern Ireland, 74% of people want new laws and polices put in place to better protect nature and on experiencing lockdown, 75% say that have appreciated access to local green spaces.

“The public recognise the need for our assembly to act to protect our precious natural resources and the demand for stronger laws is clear.

“We welcome this consultation as going forward it is vital that any new legislation matches the nature emergency and the growing mandate from the public for change.”

The charity said the consultation has come at a time when nature desperately needs restoration.

The RSPB’s State of Nature report showed that across the island 11% of species are at risk of extinction including common garden birds such as starlings and house sparrows.

Despite commitments made by the Northern Ireland Executive to reverse nature’s decline in the 2015 Biodiversity Strategy, it claims the Executive has failed to deliver the majority of its objectives.