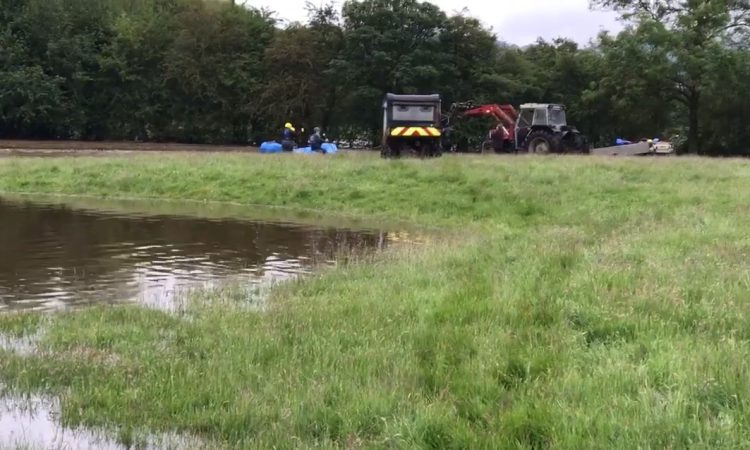 A number of sheep had to be rescued in an operation that lasted two and a half hours in Wales, following severe flooding last month.

The incident prompted a warning from the Royal Society for the Prevention of Cruelty to Animals (RSPCA) Cymru to Welsh farmers to sign up for flood alerts to help prevent the need for such intervention in future.

The rescue mission – led by the animal welfare organisation – took place by the River Clwyd, in the north of the UK principality.

In a statement on the matter issued on Friday, July 5, members of RSPCA Cymru said:

“The sun may be shining today – but just a few weeks ago, the weather was very different.

RSPCA Cymru and Natural Resources Wales have joined forces to urge livestock owners in flood-risk areas to sign up for flood alerts, after the RSPCA rescued 12 stranded sheep from River Clwyd flooding in mid-June.

“This was a challenging incident to deal with – but thankfully all sheep were returned safe but wet to the owner after a two-and-a-half-hour rescue mission.”

The RSPCA was also involved in a similar rescue mission to save 60 sheep trapped on a sea cliff in Pembrokeshire, Wales, earlier this year.

The sheep in question were successfully rescued; in a statement at the time, the society said: “Luckily the sheep rescued have mostly been uninjured and have just needed some food and water following their ordeal.”