‘Safer’ Irish-built slurry tanker to debut at the ‘Ploughing’

Carrickmacross-based Glenn Cruikshank - from Shanks Engineering - claims to have developed an "innovative solution to a safety problem" for farmers spreading slurry.

In fact, he has been selected by Enterprise Ireland to showcase his new Shanks slurry tanker in the Innovation Arena at the National Ploughing Championships, which take place next week (September 17-19).

Glenn (pictured below with his son) has a background in innovation and engineering; using this he set about developing a "unique solution to the problem of tanker instability". 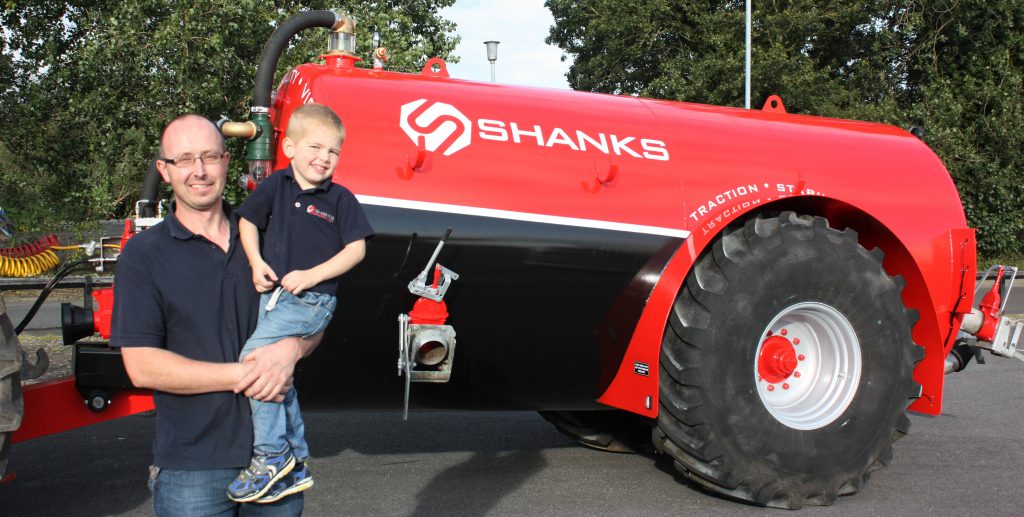 He explained: "I come from a farming background myself, so I understand the need for safety when working with machinery.

"After reading news reports about farmers and contractors losing their lives, whilst spreading slurry, I decided to design a tanker that would be safer."

Glenn continued: "What makes our Shanks tanker safer is that it has two chambers so, as the tanker empties, the centre of gravity of the tanker [as well as the tractor's traction] is not compromised - in relation to weight distribution and the possibility of a roll-over.

A further safety feature is the low overall height. It's 400mm lower than a conventional tanker. This was made possible by having the axle go through the tank, which lowers the machine's centre of gravity.

"This also offers the driver better visibility across the tanker - further boosting safety."

The new tanker is now being offered with three different capacities - 2,050, 2,450 and 2,750 gallons. Shanks Engineering will showcase a 2,450-gallon model at next week's National Ploughing Championships (in the aforementioned Innovation Arena).

According to Glenn, he has applied for patent protection for elements of the design.