An 93-year-old veteran of the Scottish dairy farming industry has been recognised with one of the UK's most prestigious lifetime honours.

The Holstein UK Lifetime Achievement Award recognises dedication and service of a farmer, herdsman or any other person involved with Holstein Friesian breed for at least 20 years.

Awarded annually by Holstein UK trustees, it is the ultimate accolade for an individual who has unassumingly provided outstanding service to the breed and made a remarkable contribution to the society.

The 2020 winner started farming at the age of 13, exempt from National Service for World War II to help feed the nation.

Jack Brewster of the award-winning Boclair Herd near Glasgow has been honoured for the 2020 Holstein UK Lifetime Achievement Award.

For 80 years Jack has dedicated his life to the dairy industry, he starting his farming life in the era of hard physical labour with no electricity or tractors.

After managing an elderly uncle’s farm, he was given the opportunity to farm in his own right at Boclair. His earliest successes with the Boclair herd was winning the Supreme Friesian Championship for Inspection and Production at The Glasgow Dairy Show in 1963.

Jack was heavily involved in the formation of the Scottish Dairy Cattle Association in 1978, and appointed Chairman for the first two years from its inception.

He has served for eight years on the Holstein Friesian Society Show and Sale Committee, the Breed Development Committee for six years and acted as breed development non-executive director.

In 1990, Jack was appointed as president of the Holstein Friesian Society of Great Britain and Ireland.

He has also served as chairman of the local and area branch of the NFU and, as a director of the Scottish Milk Marketing Board and is a past president of the Monkland Young Farmers’ Club.

His extensive knowledge of the breed has seen Jack judge cattle internationally, including the Royal Show, the Royal Highland Show, the Dairy Farming Event, the first Ulster Winter Fair, the Scottish Winter Fair, the Royal Norfolk Show (where he escorted Her Majesty The Queen around the showground) and the Nairobi show in Kenya.

Over the years, the Boclair Herd has welcomed many visitors to the farm. The Brewster family have hosted numerous open days, including 1,000 farmers visiting in 1985 for the opening of the new farm complex. 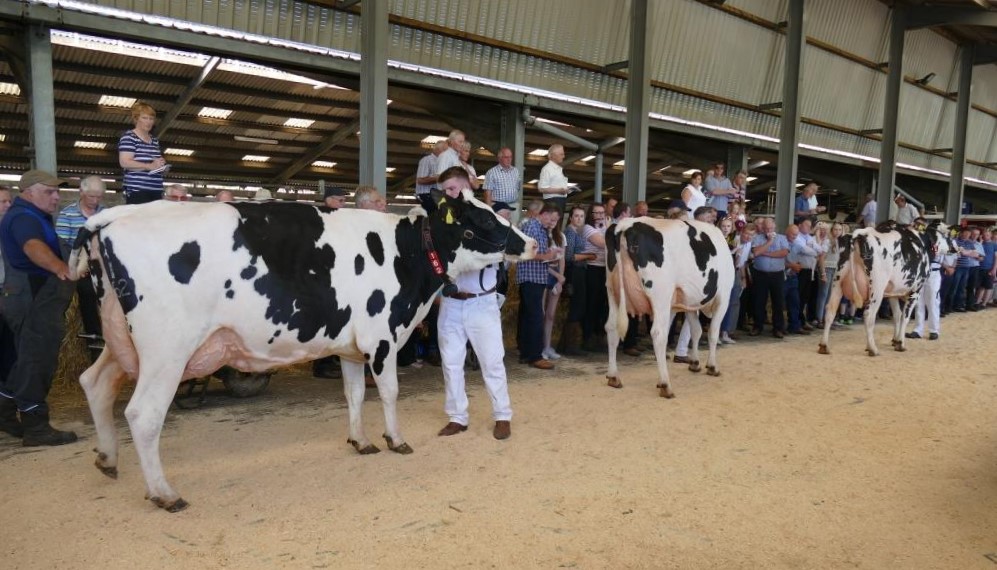 They have also been awarded Master Breeder Status twice - in 2005 and 2016 and celebrated great achievements in the Scottish Herds competition.

Out of 21 consecutive years competing, the farm has won 12 times and was placed reserve eight times.

Commenting on his award Jacks said: “I am extremely proud to win the Holstein UK Lifetime Achievement Award, which would not have been possible without the help and support of my wife Marion (68 years married) and my two sons David and John.

It all started when my father gave me a Friesian calf at the age of 13 and ever since I have been focused on breeding good cows.

"I would like to say how much the breed has improved in my lifetime and this is a great credit to all of the members of the Holstein Society.

"I would also like to thank the Scottish Holstein Club for nominating me. Earlier this year I was fortunate enough to celebrate my 93rd birthday and receiving this award is an excellent present. Thank you.”

Jack Brewster was nominated by the Scottish Holstein Club. A spokesman said: “We are delighted for Jack and all the Brewster family. We cannot think of a more deserving winner.”

Michael Smale, Holstein UK chairman added: “It is an honour to recognise the commitment Jack Brewster has made to the society and breed over his lifetime. It is with great pride that the 2020 Lifetime Achievement Award has been presented to Jack.

"His passion, experience and knowledge of the breed are outstanding and this is seen first-hand in the performance of the Boclair herd.”