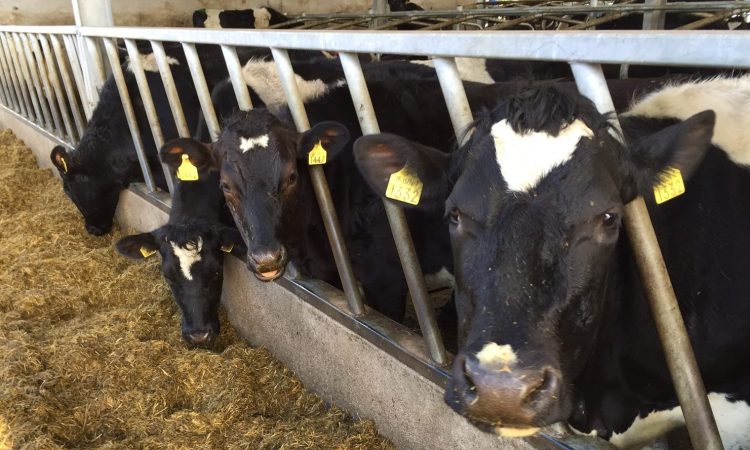 Scottish farm income is estimated to have fallen by a total of £57 million in 2018, after increasing in 2017.

The fall is partly due to feedstuff costs, which, partly due to the difficult weather conditions are estimated to have risen £74 million in 2018.

How the sectors fared

The total value of outputs only increased marginally. Barley and milk saw the biggest increases in value. While the harvest was adversely affected by the dry summer, prices were good and barley output was estimated to have risen £58 million to £312 million.

The dairy sector also saw a gain, with increased production and a small increase in price resulting in milk output being worth £402 million, up £29 million on 2017.

Overall, livestock is estimated to have seen a small increase in value in 2018. The largest sector – the beef industry – again remained reasonably steady in 2018, with prices slightly above 2018.

Output from slaughter or sales of cattle amounted to an estimated £714 million in 2018.

The sheep sector saw another year of price rises, with output worth £234 million. However, lower prices saw an 8% drop in the value of pig meat, to £100 million, while the poultry sector saw a similar decline to £77 million. The value of eggs increased 12% to top £100 million for the first time.

Depressed prices and quantities resulted in a 5% decrease in the value of potatoes, with both seed and ware dropping.

The vegetable sector saw little change and now stands at an estimated £140 million. Fruit saw a small increase to £140 million, but growth has slowed since the large increases a few years ago.

Subsidies – including coupled support – were budgeted at to £549 million in 2018. The figure, which for accounting purposes is based on the claim year irrespective of when payments are actually made, includes £425 million in direct payments, a further £66 million in support for Less Favoured Areas, and £47 million in coupled support.

In the longer term, income from farming has been rising steadily since a dip in the late ’90s. However, within that trend, the figures have fluctuated from year to year, and have struggled since a drop in 2015.

The data also show that productivity, which measures the amount of output per input, irrespective of prices, has fallen in the past three years.

The publication also includes comparisons with elsewhere in the UK, which show Scotland and Wales consistently below other areas.

Scottish regional estimates show that, per hectare, the highest level of income from farming was in the North East.

Income from farming information is used to monitor the performance of the industry, but also as part of the calculation of Scottish GDP and in the UK National Accounts. The 2018 figures will be revised next year, once more complete data are available.

The figures released today were produced by independent statistical staff, free from any political interference, in accordance with professional standards set out in the Code of Practice for Official Statistics.