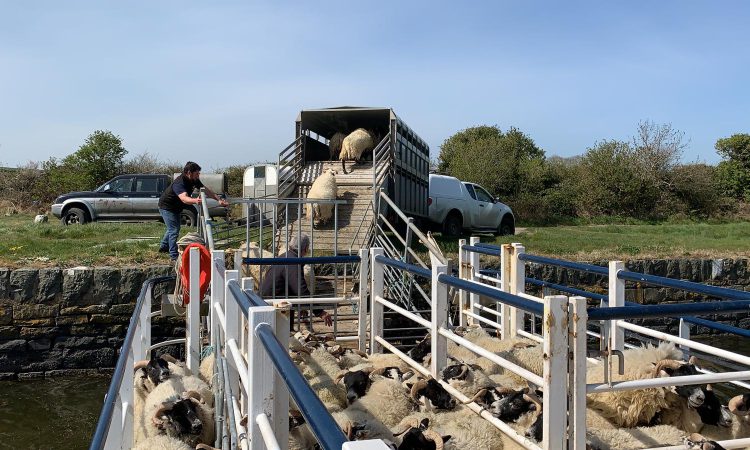 We might not have any holidays of our own planned any time soon but 150 sheep got a cruise experience on Wednesday, having spent the last few weeks grazing their own private island in Strangford Lough.

Rangers from the National Trust Strangford team helped local tenant farmers Frankie and Kevin McCullough to move the 150 hoggets from Salt Island to the slopes of Slieve Croob, Co. Down on April 22.

Grazing plays an important role in the conservation management of the land, helping to control the growth of scrub and providing excellent habitat for local wildfowl and migrating birds to thrive.

The tradition of island grazing in Co. Down dates back around 200 years. From animals swimming short distances to transporting them on makeshift rafts, cows and sheep have long benefited from the varied pasture on the lough’s islands.

As a charity, the National Trust is responsible for the care of 20 islands on Strangford Lough – 12 of which are grazed for most, or some, of the year.

The vessel has allowed for the continued farming of the islands of the lough. Without it, there would have been land abandonment and the afforestation of the islands, either through planned planting or natural succession.

This would lead to a radical change to the green drumlin landscape of the Lough, which is unique in Northern Ireland. 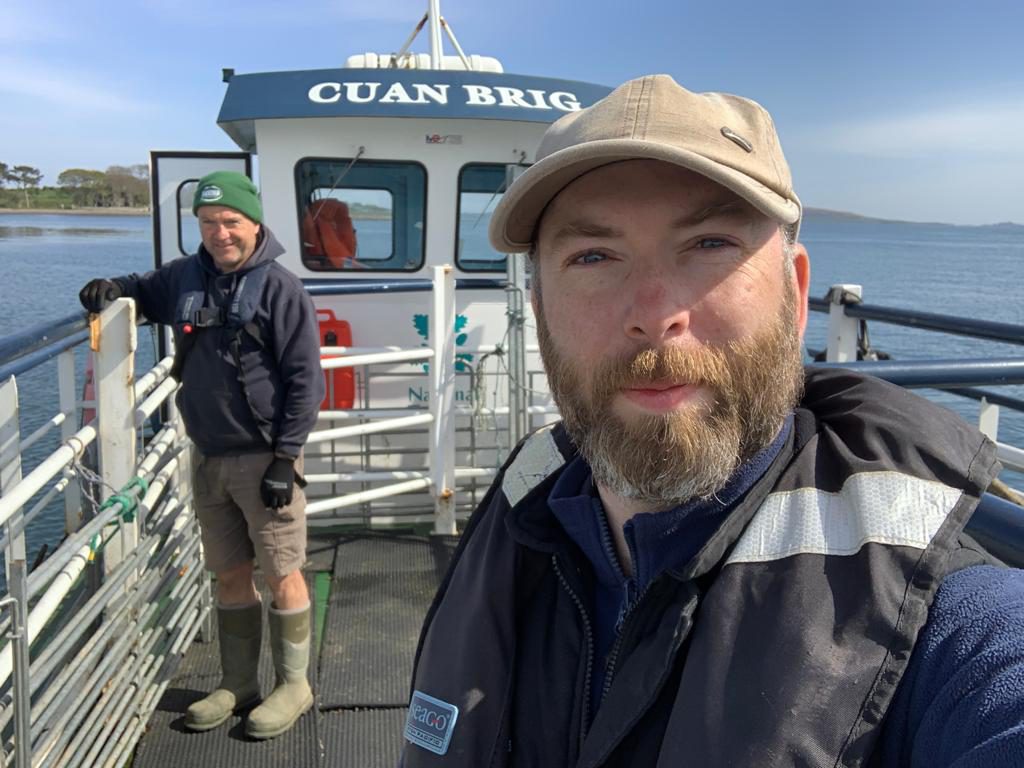 “It would also lead to a decline in suitable grazing habitat for wintering wildfowl and a loss of suitable habitat for breeding seabirds for which the Lough is internationally renowned.

Woodland development would also lead to the disappearance of visible culture, history and archaeology which is currently wonderfully accessible.

“There are other commercial barges operating on the lough but none of them are designed for the transportation of livestock.

“The Cuan Brig is the only vessel that farming landowners and tenants can hire for the movement of stock and is available to anybody – it’s not just for National Trust tenants.” 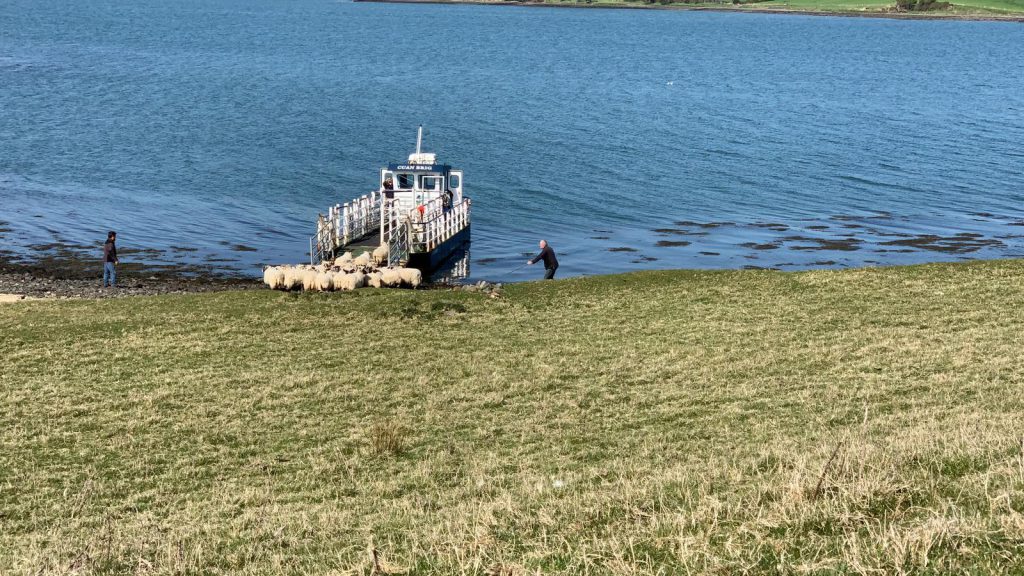 Rangers Hugh and Will Hawkins took the helm of the Cuan Brig to move two boatloads of hoggets off Salt Island.

These animals were offloaded at Mullagh Quay before being taken to Frankie’s farm on the slopes of Slieve Croob.

The hoggets will spend the summer on the mountain before being assimilated into Frankie’s flock of 450 breeding Scottish blackface ewes.

The Mullagh Quay is one of a series of early stone-built quays on the Lough that pre-date the 1834 Ordnance Survey Map. In its day, amongst other things, it is likely to have seen the importation of coal and export of grain and potatoes.

Hugh said: “It is one of the pleasures of using the barge that we can re-use quays that have been around for close to 200 years, for the first time in many, many decades.

“Frankie, while being a man of the mountains, born and bred, also has a strong connection to the Co. Down coast, grazing sheep on Copeland Island for 20 years and on Salt and Green Islands on Strangford Lough since the early 1980s.