On Wednesday, February 19, AgriLand paid a visit to James Lorinyenko - who is a pedigree Cheviot breeder - just outside Donegal Town.

James, who is the chairperson of the Donegal Cheviot and Cheviot-Cross Breeders Group, has been breeding pedigree ewes for the past 30 years.

The Donegal native runs a flock of 150 ewes, with lambing set to commence at the end of March.

He also works full-time off-farm for Agri-Lloyd, which has changed the way he manages his flock over the past three-to-four years.

Speaking to AgriLand, James said: "I have been breeding ewes for many years. I bought my first pedigree sheep in Blessington, Co. Wicklow, nearly 30 years ago.

Over the past three-to-four years, I have moved away from lambing my ewes indoors and, instead, I split them into four groups and lamb them outdoors.

"The Cheviot breed is naturally hardy and well used to tough conditions, so lambing them outdoors is not an issue for them compared to maybe some other breeds.

"Over the last few years, I have seen a reduction in farm costs and mortality rates since I have changed systems."

According to James, the Cheviot breed is well suited to the harsh and wet environment that can be seen in Donegal for a large proportion of any given year.

James explained: "The Cheviot ewe can be found on hill areas right across Ireland. They are well suited to tough environments and thrive well on average-quality ground. Therefore, in my opinion, this is what makes them suited to lambing outdoors - even in wet weather.

"I find that they have good mothering abilities and I never see a stray lamb in the field.

As long as they are fed adequately, they will produce good volumes of milk and for every 100 ewes, I would say, I would only have to assist about six or seven at lambing time.

"Besides all the different traits the Cheviot ewe possesses, I just have a fondness for the breed and, over the years, I have had good luck breeding them." 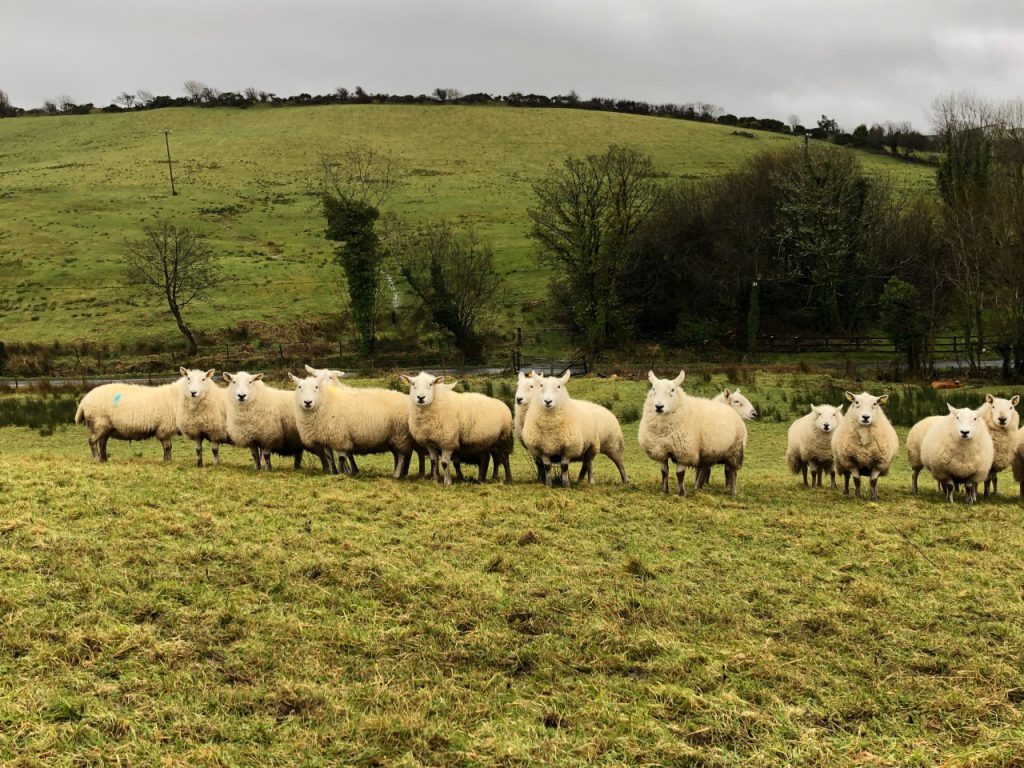 James runs his flock of ewes on 115ac of mixed-quality grassland, the majority of which is rented.

The ewes are never housed and stay out on pasture all-year-round - unless the weather takes a turn for the worst.

The flock is quite young, with the oldest ewes on the farm five years-of-age. However, even at that, the majority of the flock are made up of two and three-year-old ewes.

The Donegal native operates a closed flock, with all replacement females bred on the farm. The only stock that are purchased are rams.

The rams that are bought in go through a strict bio-security protocol and are not introduced to the rest of the flock for a number of weeks after they are purchased.

On arrival, purchased stock are:

Every year, 40 ewe lambs are kept as replacements, with the rest sold to pedigree and commercial farmers at the mart.

20 ram lambs are kept every year and sold as shearlings to other Cheviot breeders, with the rest of the male lambs finished and slaughtered.

The breeding season commenced at the end of October, in 2019. The 150 ewes were split up into four groups, with five pedigree Cheviot rams, in total, turned out to the flock.

James added: "I split the ewes up for ease of feeding and management. It is easier having them in small groups when they are ready to lamb and the chance of mismothering is reduced I find."

The fact that James is understocked means he has the freedom to move his ewes regularly onto fresh pasture, which aids in keeping them in good condition during the winter period. 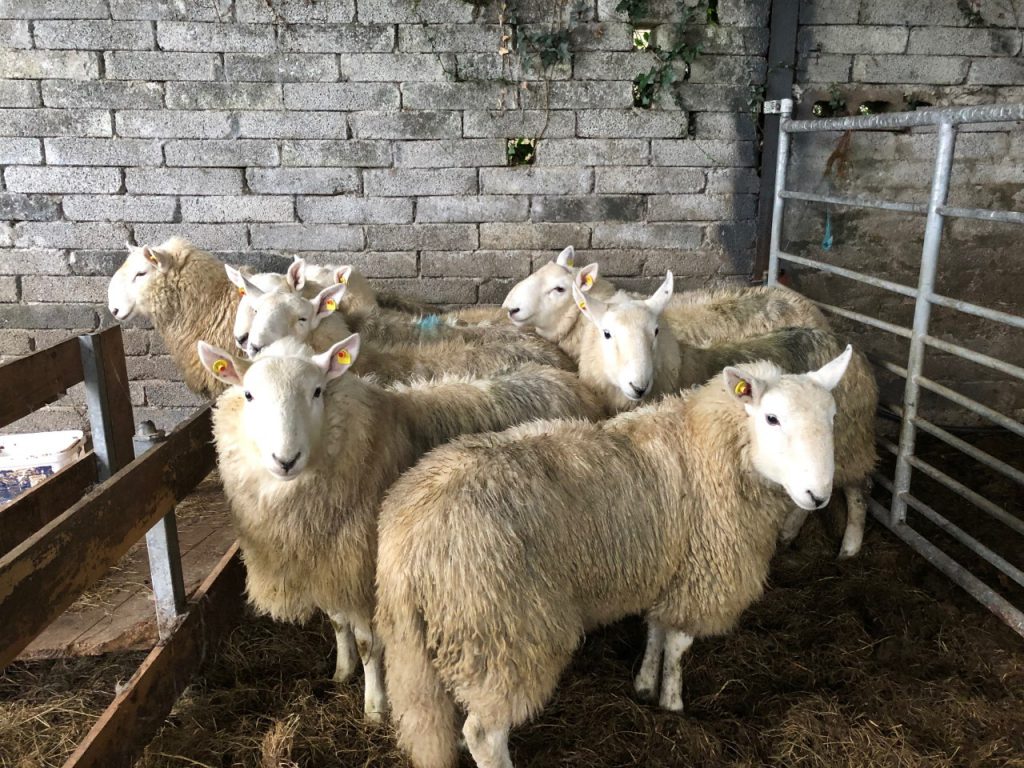 The fact that James was lambing his ewes in four different sheds - that were in different yards - meant that it was becoming a difficult task to manage them and mortality rates were starting to creep up.

James explained: "Every year it was a constant struggle preventing lameness. At one stage, at least 20% of the ewes were lame in the shed.

"The fact I'm working full-time off-farm, it made it difficult to keep on top of certain jobs such as bedding the ewes with straw regularly and applying lime.

The fact I was only housing them for six weeks, I felt it was worth taking the chance - four years ago - to lamb them outdoors.

"Furthermore, lamb mortality rates were creeping up as well, mainly due to the fact that I wasn't present in the shed regularly enough due to work commitments.

"I roughly calculated that my mortality rates were as high as 18% one year and on average about 15%."

According to James, the majority of the lamb losses occurred when the lambs first went out to pasture after leaving the shed. 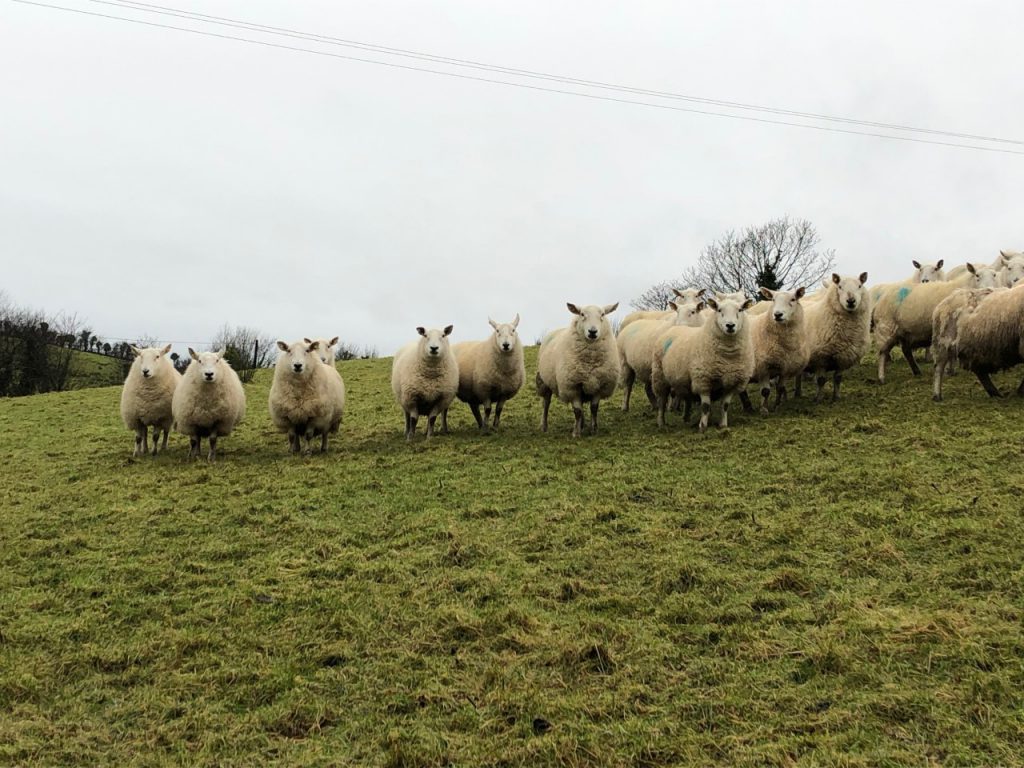 He says that for some unknown reason, a couple of lambs every year just failed to adapt to the conditions outside, as the weather can be quite damp and wet at turnout.

He added: "Believe it or not, my mortality rates have dropped to about less than 5%. I have noticed since I started lambing the ewes outside that they tend to go away and lamb down where there is some shelter in the field to keep their offspring dry and warm.

Once the lambs get colostrum, they are up and flying about the field. It is great to see and to be honest, in years gone by, that would have been the norm for this breed of sheep to lamb outdoors.

"Look, my system isn't perfect and I'm not saying I don't lose lambs, but, in general, my flock are a lot healthier and stronger out on pasture than when they are housed.

"Since I have started lambing outdoors, I have reduced the antibiotic usage on my farm. Furthermore, in terms of costs, I am saving a couple of hundred euro on straw and, more importantly, my mortality and lameness issues have dropped dramatically."

A common practice on many sheep farms is to dip lambs navel with iodine. However, by the time James goes to the field, a ewe will have lambed and be off down the field with her lambs.

James explained: "The opportunity to dip them is impossible, as you can't catch the lambs. Although, despite this, I can't say I have had many or any cases of lambs dying due to infections through the navel."

James stressed that this system won't work on every farm and some farmers may be totally against lambing their ewes outdoors. However, his original system wasn't working and since he has changed, overall, the results have been positive. 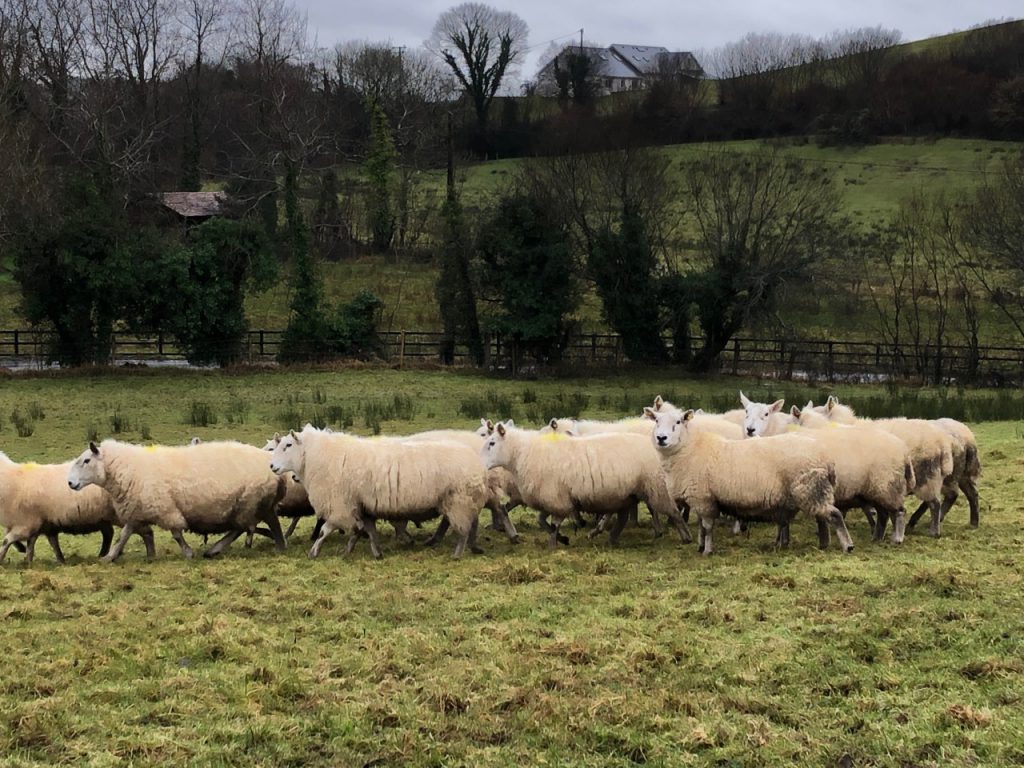 James scanned his ewes a couple of weeks ago and he was very happy with the results.

On average, ewes scanned 1.6 lambs, with lambing set to commence in the last week in March.

James added: "I am pleased with the scanning rate. If it was to go any higher, then I would end up with a lot more twins and triplets - which I don't want.

Last year, I had eight sets of triplets and that was enough. A ewe that lambs down with one lamb outdoors does well in this type of system I operate.

"However, if I have a field full of ewes with triplets, then mismothering becomes an issue and mortality rates will increase.

"If my scanning rate was to increase anymore, I would have to think about housing the triplet-bearing ewes and lambing them indoors - which I hope to avoid."

Is liver fluke a problem?

Due to the fact that the ewes are outwintered, problems such as liver fluke can arise, due to the heavy ground the ewes graze on.

To counteract this problem, James doses his ewes five times a year. As well as that, he runs his ewes through a footbath on a regular basis as well.

Listed (below) are the different times of the year that James doses his ewes.

As James heads into his fifth year of lambing outdoors, he says it is always under review and could change in an instant.

He explained: "So far, my decision to change systems has been justified. My on-farm costs, mortality rates and flock health problems have been reduced significantly.

"However, I put a lot of this down to the breed of ewe that I carry on my farm. The Cheviot ewe, in my opinion, is well suited to the outdoor environment during the wintertime compared to other breeds.

"Also, I put a lot of my success down to not only the breed, but my feeding plan. The ewes have ad-lib access to good-quality silage and they are fed concentrates in the last few weeks of gestation to maintain their condition and support the growing foetus.

"My system is under review every year. The last few years, the springtime has been very wet and, if this continues, then lambing outdoors may not be a viable option. However, as long as the weather holds up I'm happy to continue with how I operate," James concluded.