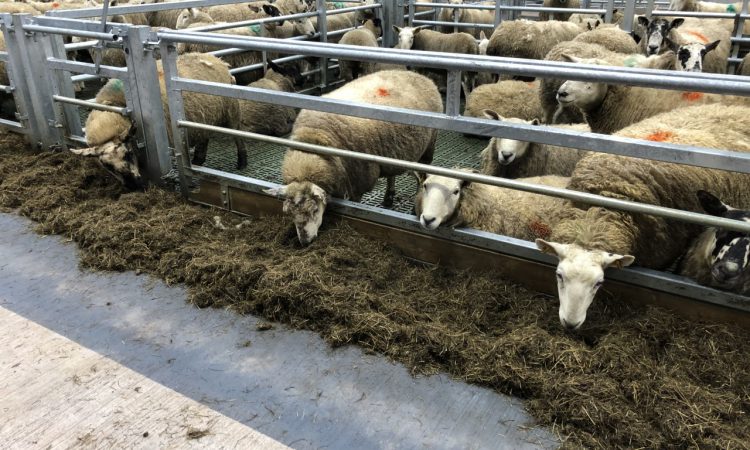 For March-lambing flocks, it is important farmers keep an eye on their ewes’ body condition over the coming weeks.

If it’s a case where there are a few thinner ewes, then they will require extra feeding. The last thing we want is ewes losing condition in the run-up to lambing, not only because of the problems that it can cause but at this stage, ewes that are in the latter stage of pregnancy, it is very difficult to put any sort of condition on them.

Ideally, we would like ewes lambing down with a body condition score of at least 3.0. Anything below this will lead to problems such as twin lamb disease, reduced milk production, less vigourous lambs, increased losses as well as a host of other problems.

So, it’s important to identify thinner ewes immediately and offer them extra meal. A simple way of doing this is by moving thinner twin-bearing ewes, for example, up to a similar feed level as the triplet-bearing ewes.

Good feeding management is critical and some tips include: