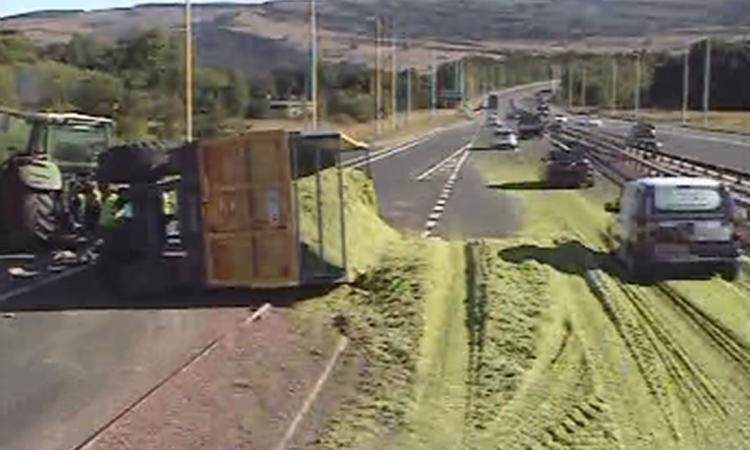 An unfortunate tractor driver in Scotland recently had a mishap resulting in a full silage trailer overturning to tip its contents across a busy motorway over the weekend.

The incident occurred on Friday (July 6), on the M898 near the Erskine Bridge in the west of the country.

Due to the amount that shed, clear up operation will take time. Traffic is getting past at the moment, but is very slow, queued back to M8 J30.

The page followed this up with a tweet showing the extent of the spillage, noting: “Bad news for hay-fever sufferers on the Erskine Bridge.”

bad news for hay-fever sufferers on the #ErskineBridge N/B 🤧🤧🤧 pic.twitter.com/OTIC6D0fT7

According to Twitter users replying to the original tweet, the incident caused delays of between 20 minutes and almost two hours.

A dumper truck was deployed by authorities to empty the upended trailer and gather up the lost silage.

The incident is made all the more unfortunate for the luckless driver in the parched conditions currently engulfing the British Isles, leading to much tighter grass supplies this year.