Silage trials show quicker is better when it comes to wilting 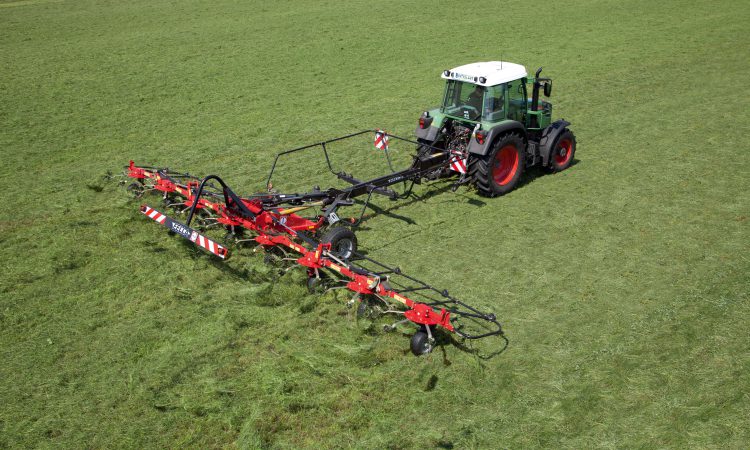 Cutting grass earlier in the day could help speed up wilting – even in overcast conditions – according to in-house trials carried out by animal nutrition specialists Volac.

It goes against advice to cut later in the day for higher ME content. However, the team at Volac say that in an ideal situation, grass cut in the morning could be tedded and lifted within five hours preserving more crop quality than a longer wilt.

‘Forget the notion of a 24-hour wilt’

“People wondered if they went the multi-cut way if they could get enough silage, whether paying the contractor all the extra time was going to be economically viable – which I think we proved pretty comprehensively, that it was,” he said.

“I think wilting and the losses associated with wilting are little understood by many. There seems to be a lot of assumptions and little fact around the best way to wilt.

“People often think we want a 24-hour wilt. But I think we need to get that notion out of people’s heads. 24 hours should be the absolute maximum. The target should be the quicker, the better.

“The faster we can go from cut to harvest to stable pH, the more nutrient we are going to keep in that silage.

It’s important to wilt to concentrate the nutrients in the dry matter, we have guys pushing for multi-cuts who are looking to get a more energy-dense diet into these cows so if we can get more energy fed into them, hopefully, we can get more performance out of them.

“Better quality silage will improve silage intakes and drier crops require less acid to become stable – there are benefits of that in the fermentation.

“Once we cut grass, the energy supply is cut off – this grass is now dying but carries on respiring, burning up nutrients and protein until it is taken down to a stable pH – so the longer we leave grass in the field, the more nutrient we lose.

“So the quicker we can get from cut to clamped the less sugar we lose and the more we can reduce the growth of the spoilage organisms.”

Advertisement
Figures shared at a recent AHDB webinar appear to support the claims, showing that grass cut at 22.9% WSC had lost 18.6% of that sugar within the first 24 hours after mowing.

Volac’s silage microbiologist Dr. Mark Legget explained that the trials had been set up to measure how long it would take grass silage to reach an optimum DM of between 28% and 32%.

The trials were carried out on commercial farms in Pembrokeshire and Carmarthenshire in July (sunny conditions) and September (overcast conditions) to test the effects of different weather conditions.

Each trial also saw tests carried out on swards cut at 10:00am and 3:00pm to measure the effect of cutting at different times of day on wilting speed.

During the July trial, tedded grass quickly wilted beyond the optimum DM level after five hours.

Whereas, with overcast conditions and rain forecast overnight, all of the cuts taken for the second trial in September (tedded and non-tedded) failed to reach optimum DM even after 24 hours.

The trial showed that the early cut managed to wilt most effectively, with teddering further improving the wilt rate.

However, the overnight rain was found to have had an even greater negative effect on the later-cut tedded crop as it had a greater surface area.

The trials make interesting reading; however, readers should note that further research across a wider range of weather conditions may be needed to make firm conclusions before the findings are adopted widely on farms.