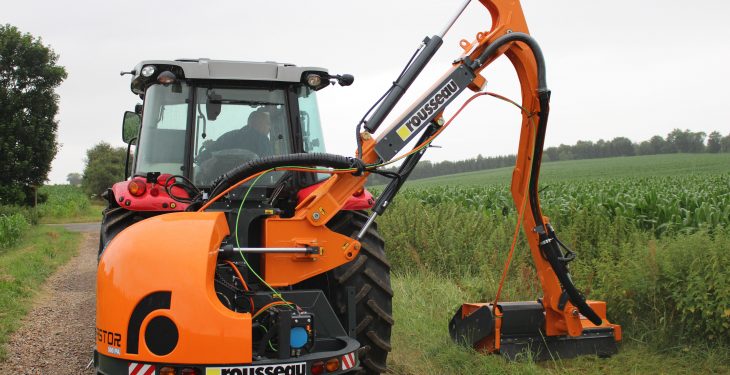 The E-Kastor has an electrically-powered rotor

New at the SIMA agricultural show this week was an electric-drive hedgecutter from Rousseau.

Alas, it has arrived too late for Irish contractors and farmers, as the hedgecutting ban came back into effect yesterday, March 1. Nonetheless, it might get prospective buyers thinking about their options for September.

It’s not surprising that Rousseau would choose to unveil such a machine at SIMA, as the company is French and the event is the main machinery exhibition in its home market.

The new machine is called the E-Kastor. It uses an electric motor to power the rotor. However, the arm (boom) is still controlled hydraulically.

The tractor’s PTO drives an electric generator. In turn, it drives an electric motor attached to the head (rotor), replacing the traditional hydraulic motor. Rotor speed is variable – up to a maximum of 4,000rpm. Conventional hedgecutters typically employ a rotor speed of about 2,000-3,000rpm; higher speeds are used for ‘finishing’ operations.

Though Rousseau is not a particularly well-known brand here in Ireland, it is part of the larger Alamo consortium. Alamo owns several other hedgecutter manufacturers, including Bomford, McConnel, Spearhead and Twose.

According to Rousseau, there is a drive across the agricultural industry to develop electrically-powered equipment. This, says the company, is not just down to environmental and sustainability reasons but also to enable improved machine design and performance.

The company claims that efficiency improvements, in some types of work, of up to 40% can be achieved. It has not yet explained exactly how these can be realised, however.

The innovative, hybrid machine received a silver medal at SIMA, as part of the event’s high-profile machinery awards scheme. 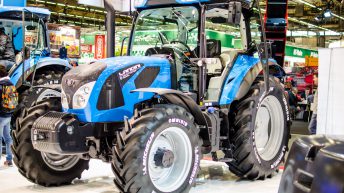