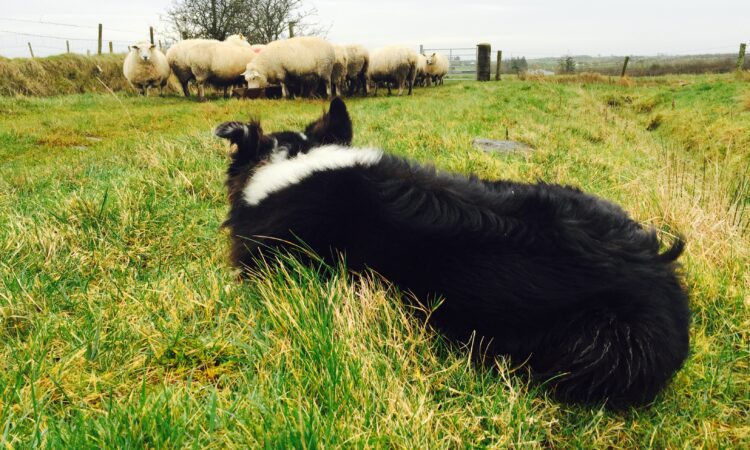 A 700-ewe hill sheep farm has been picked for an award celebrating Wales’ most efficient and effective enterprises.

Since 1957, the award has been made annually to someone from a different area of the farming industry who has reached the highest level of achievement in the chosen sector.

This year the judges were looking for the most effective and efficient sheep farming enterprise in Wales.

Michael and Ella James of Neuadd Blaenduhonw, Maesmynis, Builth Wells, Powys were announced as this year’s winner at the 2018 Royal Welsh Show. 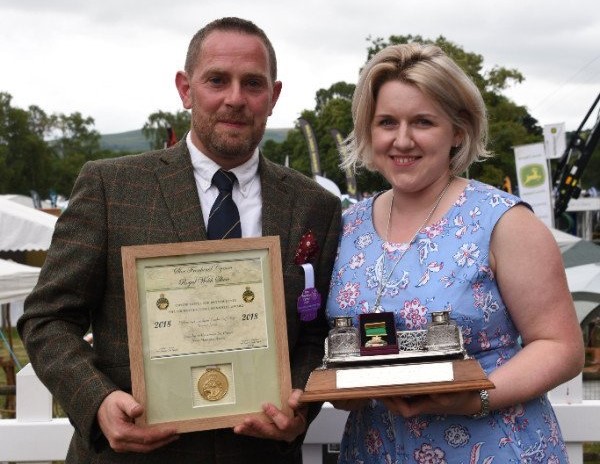 Neuadd Blaenduhonw is a 211ac ‘severely disadvantaged’ farm, with mountain rights on the adjoining Mynydd Epynt.

As the name suggests, it’s at the “blaen” (head) of the Duhonw valley in Maesmynis, Builth Wells.

The farm ranges from 300m to 430m contours, with many undulating and sloping fields – a farm that can be described as very “challenging”.

Michael and Ella took over the farm from Michael’s parents nearly a decade ago, where a very efficient well-farmed unit has developed.

Current stocking consists of a total of 700 ewes, including an elite flock of 24 registered Bluefaced Leicester ewes, 50 Pedigree Texel ewes, both for the production and sale of high-quality breeding rams, which are sold at society sales throughout the UK.

The flock lambs at 200%, which when crossed with homebred Texel rams produce finished lambs sold in the early market.

However, the judges were most impressed with Michael and Ella’s ability to produce outstanding animals, resulting in top awards and strong prices in the sale ring.

Modern technology is also used in the management of the flock. Full use is being made of EID tagging, and also use Facebook to promote sales.

Knowing the cost of production and calculating of margins, is a very important part of their management, to maintain an efficient profitable system. All groups of sheep are performance recorded and critical decisions on selection are made with the aid of these results, together with the all-important visual appraisal of the animal for its selection for further breeding. Even though Michael and Ella are achieving great success, they are always thinking of future developments and improvement of their flock.

Michael takes an active role beyond the farm gate. He is a member of the Bluefaced Leicester National Breed Council, a member of the Breed Development Committee, and past Chairman of Wales Council.

A spokesman for the society said: “These achievements were considered as being truly outstanding. Their attention to detail not only in their flock management, shepherding skills, and also in their general farm management skills greatly impressed the judges.

“The management of the grassland on the whole farm was very impressive, bearing in mind the topography and height above sea level of the farm.”

Sir Bryner Jones helped shape the direction of the Royal Welsh Agricultural Society for 50 years. He was head of the Department of Agriculture and Aberystwyth College in 1907 and went on to be one of the leading agricultural education figures in Wales.

Sir Bryner Jones, who received a Knighthood in 1947, was the Royal Welsh honorary show director from 1908-10 and was the society’s chairman of council from 1944-53. 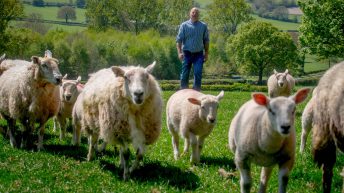