Home » Machinery » ‘Smart’ spreader avoids getting stuck in a rut

‘Smart’ spreader avoids getting stuck in a rut 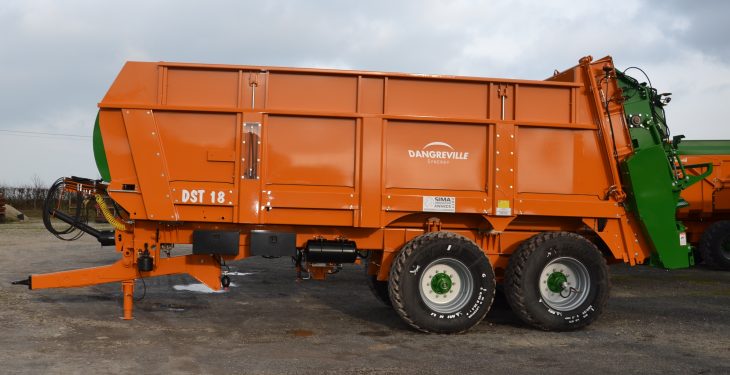 The French-built Dangreville ‘intelligent’ spreader can automatically inflate and deflate its tyres, without the operator having to intervene.

Tyre pressure (on each tyre) changes automatically, depending on the weight of the load and the speed of travel. The software system takes account of the tyre type and size; this is inputted at the factory when the machine is being kitted and ‘booted’ out.

Out in the field, or on the road, the pressure automatically adjusts in ‘real time’. For example, a fully-loaded spreader travelling at 40kph might have its tyres inflated to 1.9 bar. The same spreader will have its tyre pressure reduced to, say, just 0.8 bar when running close to empty in the field.

This, says the French firm, reduces ground pressure and damage – by allowing the tyre’s footprint to ‘enlarge’ when appropriate. It is also claimed to reduce unnecessary tyre wear and fuel consumption – by ensuring that the tyres don’t ‘flex’ and heat too much (by avoiding having them too ‘soft’) when a full load is on board.

Agriland spotted this innovative machine at last month’s SIMA show in Paris. Whilst an increasing number of tractor and self-propelled machine manufacturers boast on-the-move, automatic tyre pressure control systems, it is still a relatively rare offering on a spreader.

Thus far, there is no Irish agent or dealer for Dangreville. The company is based in Caulieres in the north of France – about two and a half hours from Paris.

In France, the company is best known for its specialist and heavy-duty dump trailers, low-loaders, chaser bins, tankers and, of course, muck spreaders. Its origins go back to 1910.

Dangreville wasn’t the only company to champion new wheel/tyre technology at this year’s SIMA show. Michelin showed its latest EvoBib. This ‘two-in-one’ tyre has a central tread system for road transport.

Also on the theme of tyres at SIMA, Trelleborg partnered with Fendt to officially launch its on-board tyre inflation system. It automatically adjusts the pressure, depending on the load. It can be retrofitted to existing rims – on tractors and self-propelled harvesters. 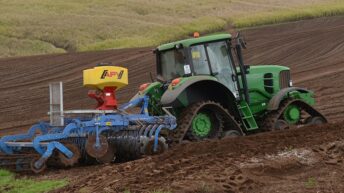