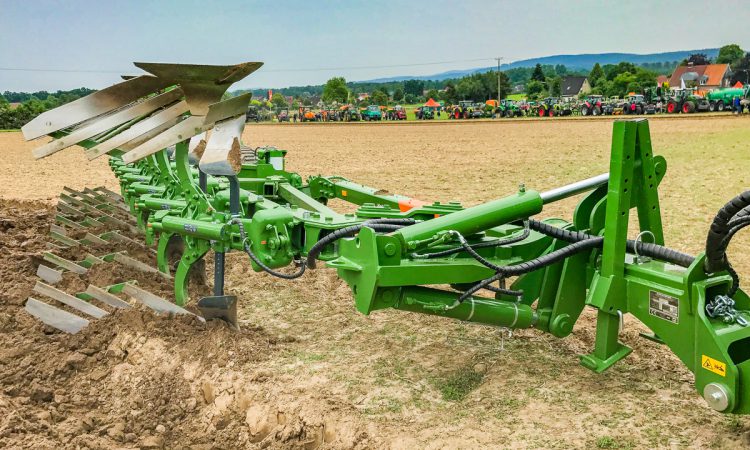 Irish distributor Farmhand brought an Irish delegation to the event.

In terms of new products, the AmaTron4 (a controller terminal/screen) was the big talking point. Interestingly, some of the Irish attendees were spotted eyeing up beet drills.

The AmaTron4 is currently available in Germany; it probably won’t arrive here for a couple of years yet.

This ISOBUS terminal represents an upgrade on the existing AmaTron3; it can be used with equipment from other manufacturers/brands – apparently enabling farmers to switch easily from one job to another (at the touch of a button).

The device can incorporate a range of features, including: GPS-Switch basic or GPS Switch pro; GPS Maps&Doc; GPS-Track; and AmaCam.

The terminal can sense the operator’s hand approaching; it also automatically adapts screen brightness to suit the surroundings. The 8in screen – in colour – has 12 soft keys, along with touch-screen functionality.

Machinery at the ready

Visitors to Amatechnica were taken on tours of Amazone’s factories in Hasbergen-Gaste – where the company builds its mounted sprayers and spreaders – and Leeden (where trailed fertiliser spreaders and trailed/self-propelled sprayers are manufactured).

Six to eight Pantera self-propelled sprayers are being built each day in the latter factory.

Amazone hosted numerous machinery demonstrations during the event. Its range of ploughs was front and centre. The Hektor – a semi-mounted, reversible unit – was especially noticeable; this line-up was first seen at Agritechnica 2017.

Drills, of all shapes and sizes, were out in force too. At the bigger end of the scale, there was certainly nothing minimal about this min-till drill (pictured below).

Known as the Primera, it can be used for direct, minimum or conventional sowing. Available working widths are from 3m right up to 12m.

BEET Ireland on board

A director of BEET Ireland, Pat Cleary, was doing some research into seeders/drills at Amatechnica.

Cleary told AgriLand that machinery is a significant part of the industry and that it needed to be researched, as BEET Ireland plans to revive the beet sector in Ireland.

This seeder/drill (pictured above) – the ED 6000-2C Super – is mostly used for maize, but can be adapted for beet. In some regions, it is even used to sow sunflowers.

Don’t forget; back in January it was revealed that a site for a planned factory had been secured by BEET Ireland – just outside Castledermot, in Ballyburn, on the Carlow/Kildare border.

AgriLand further reported that, at a meeting of the Athy Municipal District in February, many councillors supported the planned development of the beet industry in the area.

Approximately 6,000 visitors attended on this occasion – partaking in factory tours, visiting the Amazone museum and also watching machines being put through their paces in the fields. 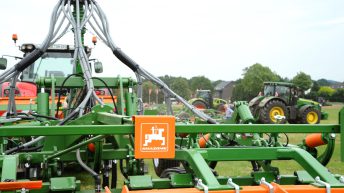