Home » N.Ireland » Spring lamb and hogget prices on the rise at marts in GB 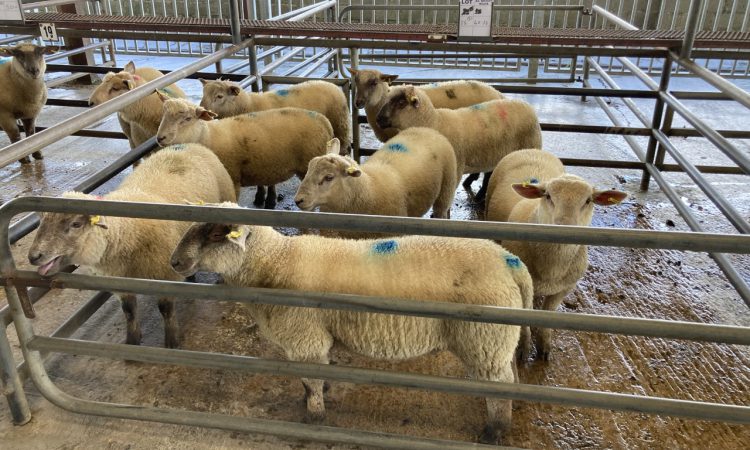 Both spring lamb and hogget prices have lifted over the past week in Great Britain (GB) at sales; however, deadweight prices have gone in the opposite direction.

According to the Agriculture and Horticultural Development Board (AHDB), for the week ending May 5, the GB Liveweight old season lamb (OSL) standard quality quotation (SQQ) rose by 6.6p on the week before, to average 296.41p/kg (or 341.60c/kg equivalent).

When compared to the same period as last year, prices are up 89p.

Liveweight new season lamb (spring lambs) SQQ prices averaged 358.72p/kg (or 413.41c/kg equivalent) for the week ending May 5, according to the AHDB. This was an increase of 11.1p on the previous week, and 101p on the same week last year.

The number of sheep that went through marts also increased and amounted to 100,300 head – which was an increase of 10,800 head on the previous week.

The AHDB said that new season lambs are coming forward earlier than last year and accounted for 30% of total auction market throughputs in the last week.

This is likely to be due to the high prices encouraging lambs to be finished earlier on farms as processors are keen to tie down numbers, as the number of old season lamb, apparently, continues to diminish, the AHDB noted.

Deadweight lamb prices fell last week in Britain, although in comparison to last year, they are very much still in a strong position.

The AHDB noted that prices are currently up by 171p on the same week of the previous year, and 181p higher than the five-year average.

The number of sheep processed was down 39% on the same period as last year and totalled 129,200 head. The decrease in numbers brought forward was partly down to the bank holiday.