The two-day Royal Welsh Winter Fair which took place on 26 and 27 November 2018 turned into a triumph for the Limousin breed and the Corwen-based Edwards family.

Young farmer Cai Edwards followed in his grandfather’s footsteps in winning the Supreme Champion prize at the biggest fatstock event in Wales.

Cai punched the air with delight as his Limousin-sired heifer ICandy was tapped out as Champion by joint judges, butchers Arwyn Morgan and Chris Stubbs.

Among the crowd watching by the ringside was Cai's grandfather Trebor Edwards, who had won the title 18 years ago with Waindale Prince, and his sons Eryl and Gwyn. 18 years ago, it was Gwyn, Cai’s father, holding the halter.

With this victory, Cai, who farms in partnership with his brother Dion at Pencraig Fawr, achieved a remarkable double, having won the Supreme Championship at last year English Winter Fair.

ICandy, the 18-month-old Limousin-cross (pictured top), was bred by Michael Lee, Hexham and came to Builth Wells on the back of a very successful summer having taken the Reserve Commercial Champion spot at the Royal Welsh Show and the Commercial titles at Anglesey and Denbigh plus she was Supreme Champion at Merioneth.

Judge Arwyn Morgan said the standard had been very high and said there had been an exceptional display of cattle on show.

Weighing in at 672kg, the fair’s auction sale later in the day drew a £6,600 bid from Arwyn himself with the word around the ring that it was a birthday present for his wife.

It wasn't the only major championship success for the Limousins:

Limousins also led the way in the hotly-contested Baby Beef parades, with Queen Bee, a homebred entry from Peredur and Llyr Hughes, who run the Pabo Limousin herd at Llanbabo, Anglesey. 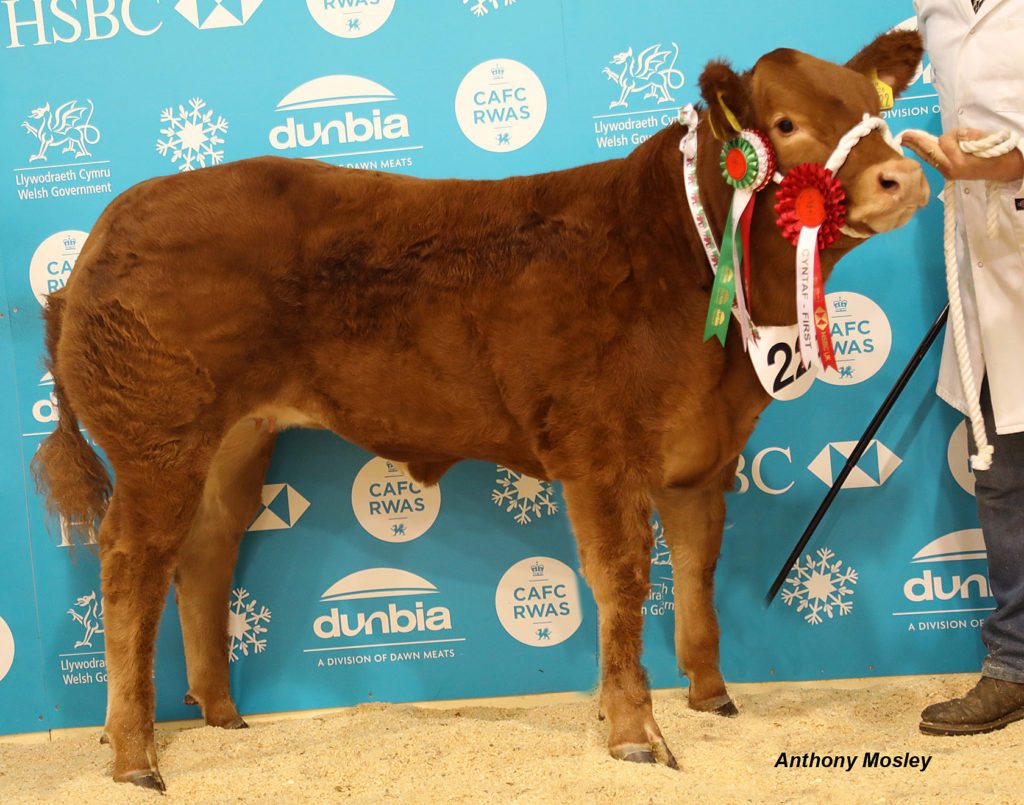 Born in May of this year, the six-month-old heifer, by Derrygullinane Kingbull, has already secured a string of successes.

With stockman, and experienced showman, Robin Hughes taking the halter, she was Supreme Champion at Agri Expo in Carlisle earlier in November and Reserve Champion at Anglesey Show back in the summer.

Filling the Reserve slot was another young heifer, this time in the shape of She’s A Belter from Craig and Katreen Malone who had made the long trip from Lockgelly, Fife fresh on the back of success with this heifer at Livescot just a few days earlier.

The March-born Limousin cross heifer was bought from the Erskines at Gillbank Farm, Carluke, after Craig had spotted her while judging at Carnwath Show.

Rambo is another exhibit no stranger to success having taken the Baby Beef Championship at the Royal Welsh Show back in July. 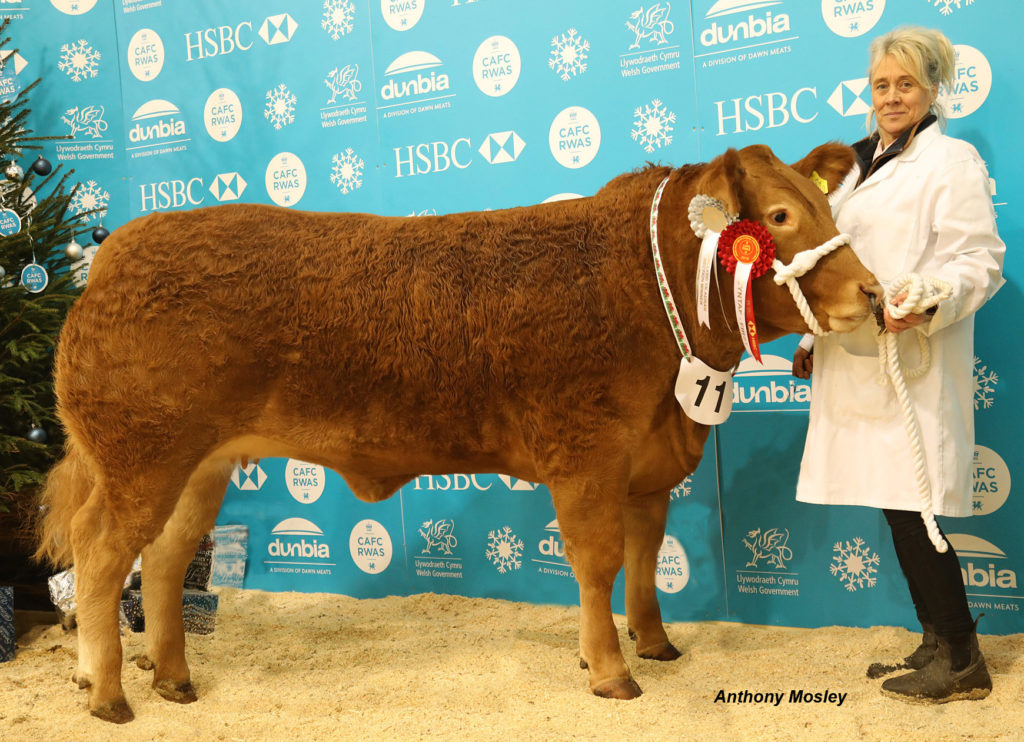 The May 2017 born heifer was bred by R.E. & S. Baldwin, Wigan, Noral is sired by Baileys Elderado out of Cloughhead Jessica.

Runner-up was the Reserve Heifer Champion, Glangwden Nicola from Richard Wright, Somerton, Somerset. Bred by C.L. & F.E. Jerman, she is by Homere out of Glangwden Eyecandy.