A booming farmers’ dairy co-operative in Wales has launched a recruitment drive for new members to supply milk after posting record sales of £45 million.

The news was revealed by managing director Alan Wyn Jones at an open day to celebrate the 80th anniversary of South Caernarfon Creameries.

The business, which is known for its distinctive 'dragon' branded cheeses, employs 130 staff at its base near Pwllheli on the Llyn Peninsula.

Over the last four years, the company has invested £12 million in a new cheese production facility as well as the redevelopment of its cheese packing plant.

According to Wyn-Jones, the firm just needs more farmers to join the fold to allow production to keep up with demand for its cheeses and butter.

The latest figures showed there was an impressive 36% increase on sales of £45.1 million for the year just ended March 2018.

Wyn Jones predicted the momentum would continue as the co-operative strives to conquer ever more exciting new markets.

He said: “There is ever increasing demand for our products and we continue to innovate in order to add as much value as possible.

"Only last week we were at an International fancy food fair in New York working to get our Dragon cheese brand in front of the US audience.

“After 80 years, our ambition to grow and add value is as strong as ever.”

As the co-operative, comprising of 127 farmer-owners, looks forward to the next 20 years – and its eventual centenary – it wants to drive up sales even further.

Mr Wyn Jones said: “With that in mind we are keen to recruit more all-year-round milk producing dairy farmers into our ranks.

“A number of potential newcomers were among the hundreds here at the open day touring our premises and seeing for themselves the opportunities South Caernarfon Creameries can offer them.”

Among the newest members of staff to be recruited is Jordan Roberts, 23, the great-grandson of the co-operative’s founder, the late John Owen Roberts, who in the 1930s had the vision to see Welsh dairy farmers work together to market their own milk.

Following a determined campaign his plan came to fruition in 1938 when the South Caernarfon Creameries co-operative was born. At first, it focused on milk distribution, but in 1959 began cheese production. 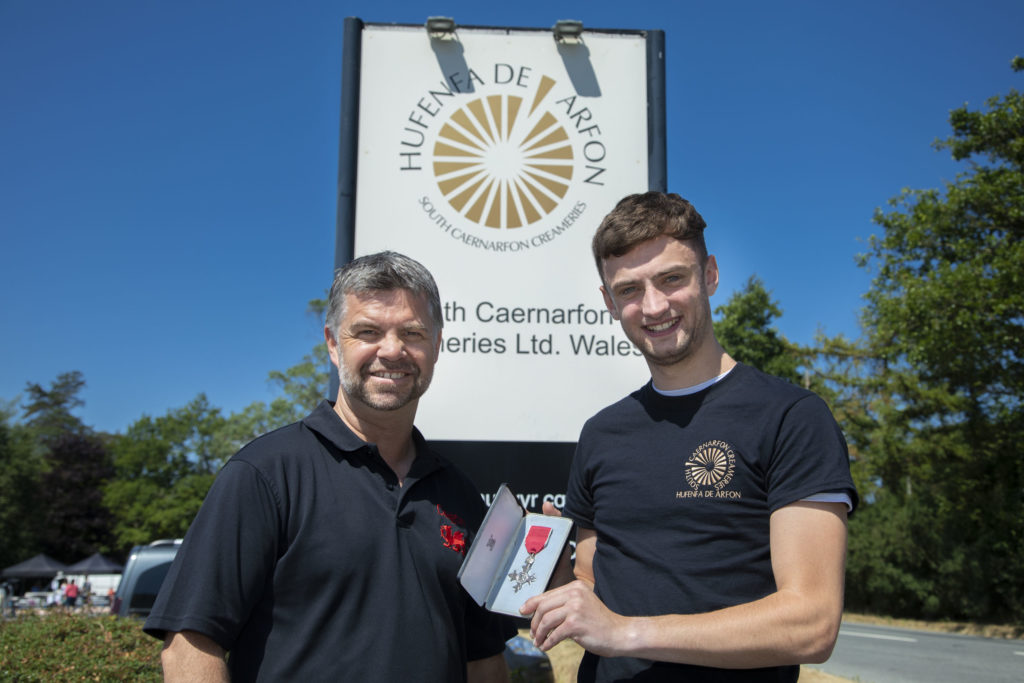 John Owen Roberts was awarded an MBE for his outstanding contribution to the Welsh dairy industry. After his death the medal was given to South Caernarfon Creameries by Jordan’s grandfather, William Roberts, to keep in posterity.

Wyn Jones said the co-operative had a pioneering history and it is still leading the way in Welsh dairy production today.

He said: “We currently pay one of the highest milk prices in Wales and we work hard to innovate and take advantage of new technologies to ensure we produce the highest quality products on their behalf.

He said: “We welcome interest from dairy farmers across Mid and North Wales in particular to joining our co-operative and be part of a very exciting and positive future."