The soil beneath your cover crops

Cover crops play an important role in protecting our soils. On a cold and wet day in February agronomist, Robbie Byrne, joined AgriLand to see what was happening in the soil of a cover crop in Co. Kildare.

The fact that a cover remained in place at that time of year when wet weather persisted showed one of the first advantages of having a crop in place over the winter period.

The crop, which was on Michael and Norman Dunne's farm, was a mixture of 13 different species including plants such as: phacelia; buckwheat; linseed; tillage radish; oilseed radish; vetch; and clovers.

Watch the short video below to find out more.

Above Robbie describes how the soil had a grey colour where no cover crop was planted.

Where the cover crop was planted the different root types helped to improve soil structure and the soil was visibly drier, while earthworms and other insects could be spotted. 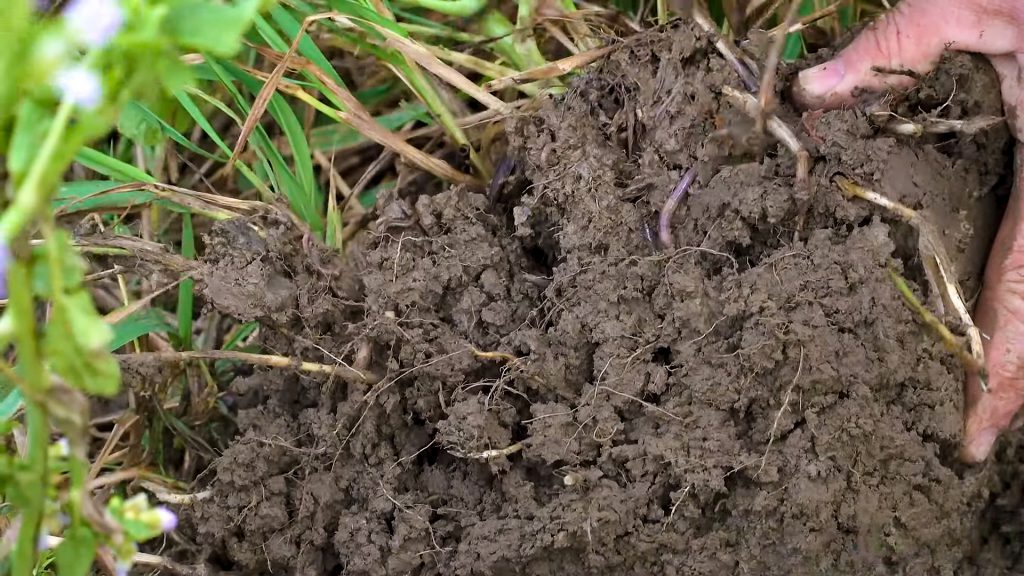 One key point Robbie made was that to ensure a good cover the crop must be planted early. Crops sown in July will have a bigger biomass than crops planted in September for example.

Some farmers will direct-drill into a cover crop and apply glyphosate either pre or immediately post-sowing. This ensures a cover on the ground all year round.

Others may decide to desiccate the crop before planting, while rolling in hard frost like the Dunne's had in one field in this video is another option.