‘This is private land’: Farmer confronts 4X4 over trespassing 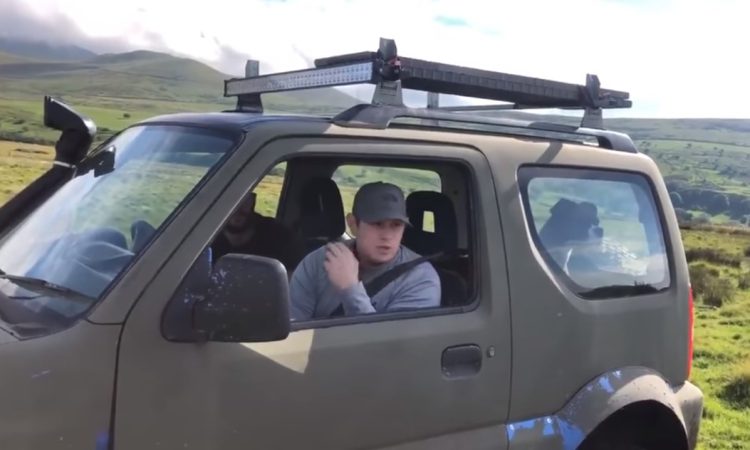 The frustration of dealing with trespassers on private land was voiced recently by well-known Welsh farmer and media personality, Gareth Wyn Jones, following an incident on his farm over the weekend.

Wyn Jones – a hill farmer and BBC television and radio personality from Llanfairfechan – took to social media on Saturday, July 4, to highlight the issue.

The farmer included a short video of an exchange he had with two men with a dog in a 4X4 that he found on his land.

In the video, recorded on his phone, Wyn Jones explains: “They’ve come through a private gate; they’ve said to me they’ve come from Conwy and we can see it’s a 4X4 vehicle and adapted to go on the mountain – which is totally illegal on the Carneddau because it’s an SSSI [Site of Special Scientific Interest].”

Upon asking the two men for their names, with one refusing to give his name, Wyn Jones said:

This is how many incidents…that I’ve been filming – and the truth is we just can’t keep going like this. This is private land; they drove through a gate, they know exactly what they’re doing, and they’ve said ‘sorry’.

The men intervened, stating “we didn’t know we were going through a private farm” and they didn’t realise this, adding: “We’re literally following a path back to Conwy to the old church. Nothing malicious.

“Well follow me back now; I’ll show you which way to go,” the farmer concluded, ending the exchange.

The incident prompted Wyn Jones to pass on the details of the men to the North Wales Police Rural Crime Team, with an officer confirming in a follow-up video that the team would be looking into the matter.