Tightening the calving pattern in the CAFRE dairy herd 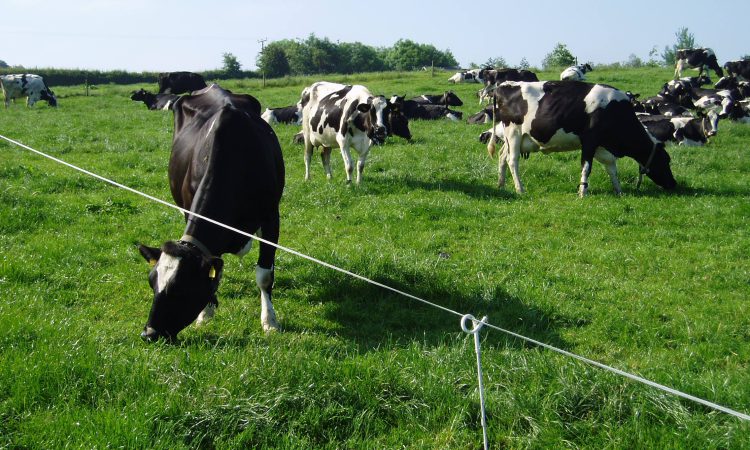 The dairy herd at the College of Agriculture, Food and Rural Enterprise (CAFRE), fulfills two main roles – student training and the demonstration of best management practice to dairy farmers in Northern Ireland.

Stephen Gilkinson, a dairying technologist at the college, explained: “Cows in the CAFRE dairy herd have traditionally calved from the last few days of August right through the winter into late spring. Two-thirds of the herd are calved by Christmas and the rest are spread over the following four months.

“This has helped spread milk production through the year; however, it is not ideal from a management perspective, as there are usually cows in early lactation, late lactation and dry cows all at the same time. This complicates herd management.

By having a much higher percentage of cows calving in the autumn, this means that the majority of cows can go to grass – in-calf – and be easier to manage. This achieves good milk production from grazed grass during the main grazing season.

“Cows will also start to dry off from early August onwards, as grass growth is declining, but a considerable proportion will still be grazing in late summer and early autumn to utilize late-season grass.”

According to Gilkinson, previously, cows had been dried off from early July, which meant that for these cows the proportion of fresh grass in their diet was very limited. Therefore, delaying the start of calving until the end of September will ”increase the amount of grazed grass in the diet and help to increase the milk from forage figures”.

He added: “The tighter autumn and early winter calving pattern will allow us to take advantage of milk price seasonality bonuses.”

Speaking about the calving pattern and what has been done to make it as compact as possible, Gilkinson said: “In recent years, CAFRE staff, along with veterinary assistance from the Firmount Veterinary Clinic, have been working to tighten the calving pattern.

“This was done by delaying the start of calving from late August to late September, which has allowed us to increase the proportion of cows calved before January and to finish the breeding season earlier – each summer.”

According to Gilkinson, the progress made to date in tightening up the calving pattern has been achieved through the fertility management programme.