Tillage conference: The story of compulsory cover crops in Denmark 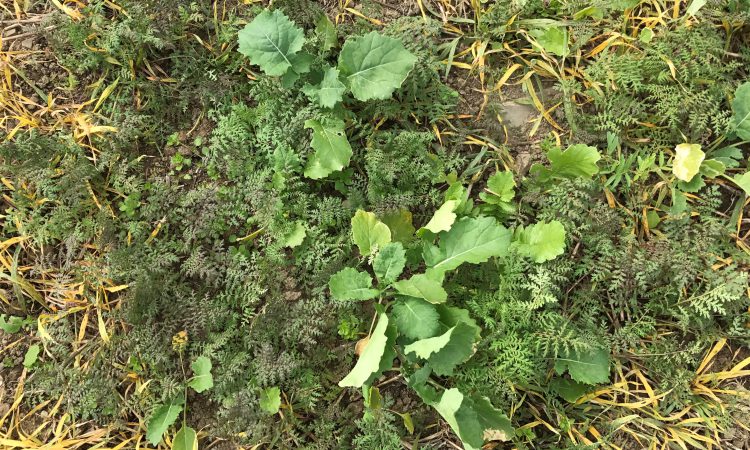 “They were quite negative”: That was how farmers reacted in Denmark to legislation that made the growing of cover crops compulsory back in 1999, according to Nanna Hellum Kristensen.

The researcher who works at SEGES in Denmark addressed attendees at the Teagasc National Tillage Conference on Wednesday, January 29.

Cover crops are expected to play a large role in the new Common Agricultural Policy (CAP). A new perspective is always good to hear and Nanna told the story of cover crops in Denmark so far.

They are now just part of the norm in Denmark and research has played a role in helping farmers to adopt the practice of growing these crops for the past 21 years.

Farmers in Denmark are obliged to plant 10% of their land with catch crops as Nanna prefers to call them, as they catch nutrients from the soil.

Farmers who don’t plant these crops must cut 50kg of nitrogen (N)/ha from their N allowance in the following season.

For example, every 2ha of winter cereals planted before September 7 equals 1ha of catch crops. This would not work so well in Ireland given the threat of aphids and fungal diseases.

What do they plant?

The main species planted in Denmark are: brassicas (fodder radish); spring barley; winter rye; phacelia; oats; and mixtures. Unusually, no N fixing crops are allowed at present. This is in contrast to here in Ireland where vetches and clovers are very popular.

Nanna stated that the use of legumes as cover crops is an ongoing discussion between farmers and the state.

The main reason for the exclusion of these crops she explained was because legumes can introduce N to the system, and at present the Danes need evidence to show that N isn’t being leached from landed planted with leguminous crops.

Planting and destruction of cover crops

Planting is most commonly carried out using an air seeder and seeds are tilled in behind. Nanna outlined that Danish farmers aim to plant their catch crops by August 20.

The table below shows some of the methods or establishment and the plants used in Denmark.

Destruction of cover crops, according to Nanna, is most commonly carried out using glyphosate in reduced tillage systems, while farmers who plough often plough down the green cover.

The economics of catch crops in Denmark

According to Nanna, fodder radish is the cheapest crop to establish in Denmark. Seeds cost approximately €2/kg and are planted at a rate of 10kg/ha, bringing the cost of sowing to between €15/ha and €20/ha.

The researcher stated that 20kg of N/ha can be saved in the following spring crop (this was estimated to equate to €20/ha) and an estimated €30/ha can be gained through an increase in yield.

From research carried out at SEGES, Nanna saw a yield decrease on clay soils, but a yield increase on sandy soils.

These figures are open to change. For example, Nanna explained that similar to Ireland crops struggled to establish in the autumn gone by. Poor weather can also result in low uptake of N in the catch crops.

Aside from the impact on N uptake and yield outlined above, Nanna explained that an improvement in water quality was seen when the obligation to plant these crops was first implemented and as time goes on it may be harder to see this improvement.

She noted at the end of her presentation that there is still some resistance from farmers and some of the legislation attached to cover crops in Denmark can be complicated.

The introduction of new species to the mix has been welcomed and research into leaching and the use of legumes is something that is being looked at in the region.

It should be noted that farmers also sown cover crops outside of the legislation and are not tied to certain species outside of regulations.