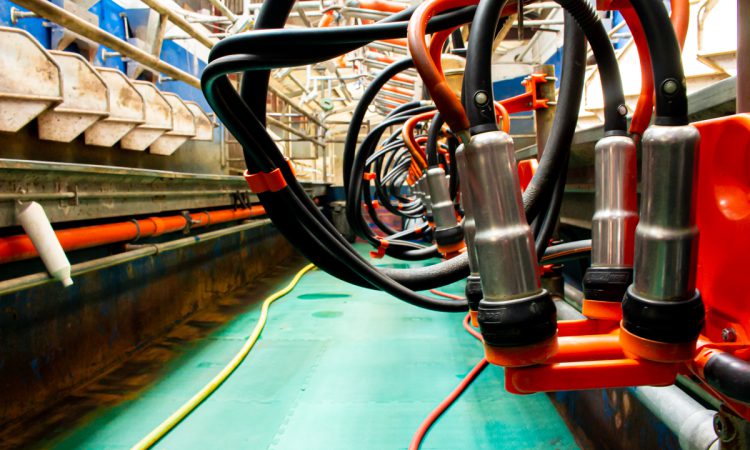 With just eight weeks to go until the end of the Brexit transition period and no ‘Plan B’ in place, time is running out for special measures to allow cross-border dairy companies to continue to sell internationally through EU trade deals.

The stakes are high for Northern Ireland’s 3,000 dairy farms, with around a third of the region’s milk processed in the Republic of Ireland.

However, once at the factory, milk from both jurisdictions is mixed together for pasteurisation and further processing, meaning the resulting produce will be considered a ‘mixed-origin product‘ once the transition period ends.

As a result, products made using milk from both jurisdictions will be unable to be sold under EU trade deals – a major problem for an industry which has based its growth on international exports.

SDLP MLA Matthew O’Toole told his peers at Stormont on Tuesday (November 3) it would create a “cataclysmic set of circumstances” for the region’s dairy farmers.

“Dairy producers here say that, if the UK crashes out of the transition period without a deal, we will not be able to process at least 35% — possibly more — of the milk produced in Northern Ireland,” he said.

“Under the protocol, milk can move freely on the island but once the milk is moved to the Republic of Ireland it’s mixed with milk from the Republic and exported to third countries under EU Free Trade Agreements,” Dr. Johnston explained.

The EU’s position is that mixed-origin products will no longer be eligible to access third countries through its trade deals, nor will it be eligible for market support initiatives.

“What we are looking for is a decision at a political level that dairy products processed in the Republic will be designated as EU,” Johnston explained.

“We have been lobbying hard with both the UK and Irish governments to make them aware of the potential impact.

If we can get commitment at a political level that we need to find a solution, then we can work with officials to put into place whatever measures are needed in order to continue the sale of dairy products processed in the Republic into third countries.

When asked what the contingency plan would be, Dr. Johnston responded: “There is no ‘Plan B’ – we just don’t have the processing capacity here in Northern Ireland so we have to keep milk moving across the border.

“Time is running out but we are not giving up. We are hoping that if there is a deal done there will be a positive environment for decisions like this to be made fairly quickly.”