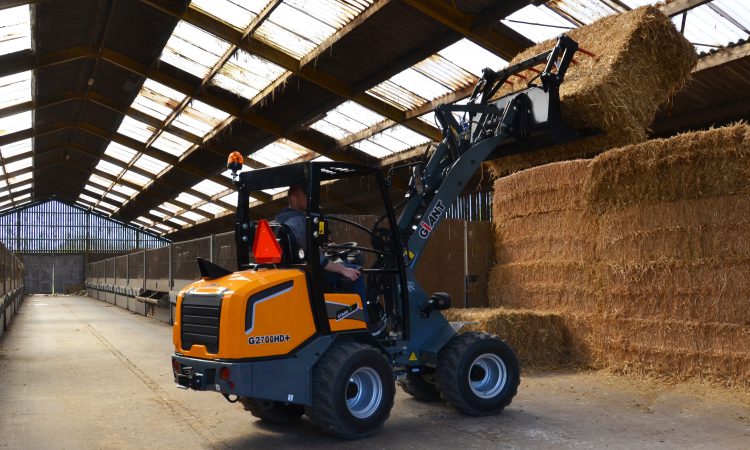 Tobroco-Giant has unveiled what it deems to be a “worthy successor” to its V452T wheel loader – which for years has been its best-selling model.

Dubbed the G2700, this new kid on the block is more powerful than its predecessor when it comes to engine power and traction, Dutch brand Tobroco-Giant says.

Due to a higher operating weight, the tipping loads have “increased considerably” – which, the machinery brand says, makes the G2700 “a modern powerhouse with compact dimension”.

All models are powered by a hydrostatic all-wheel drive with automotive steering.

Advertisement
In terms of highlights, the Dutch firm points out that, using the hydraulic quick coupler, it is possible to change tools within seconds and adapt the machine to the task at hand.

The articulated pendulum joint gives the G2700 a small turning circle, which allows the machine to operate in confined spaces.

This system also gives the wheel loaders a lot of stability because it ensures that all four wheels remain on the ground, even when working on uneven terrain, Tobroco-Giant says.

This extends to a tipping load of up to 2,900kg for the top model in the series, the firm says.

The G2700 models come standard with a ROPS/FOPS safety roof, double-acting hydraulic function on the lift arm and a “luxury suspension seat”.