Tractor and trailer involved in collision with Tayto truck

A livestock trailer being towed by a tractor has been involved in a collision with a Tayto truck along a stretch of Main Street in Kircubbin, Co. Down, today (Thursday, June 21).

The street has been closed as a result of the road traffic collision, according to a tweet posted by the Police Service of Northern Ireland (PSNI).

Diversions have been established in the Northern Irish town, which is located on the Ards Penisula. 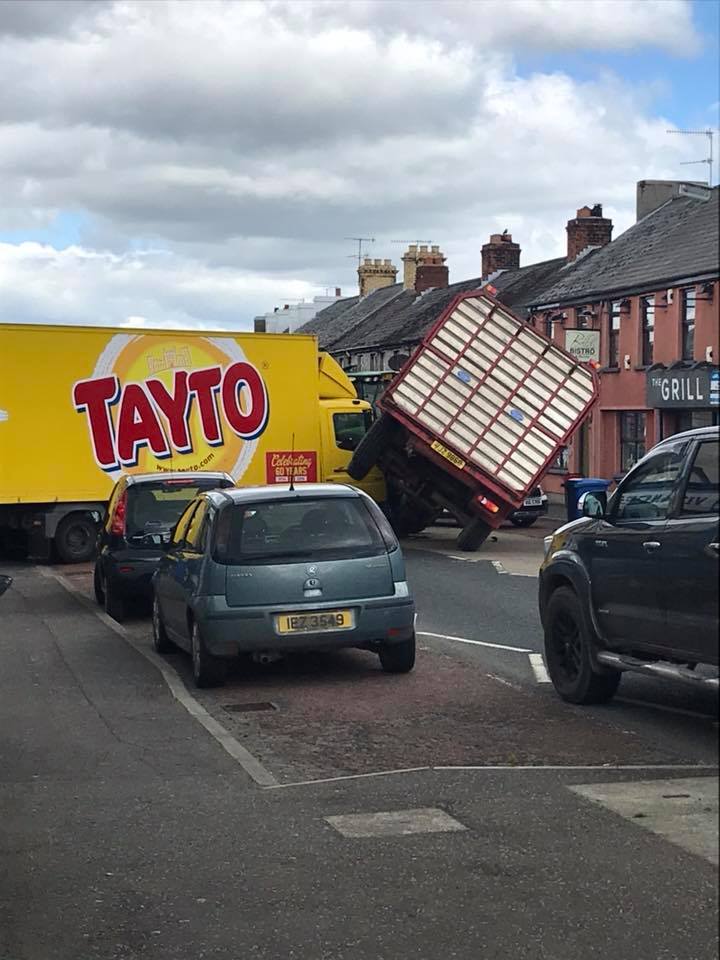 People driving in the area have been asked to avoid the street if possible.

Earlier this week, it was revealed that two teenagers were injured in an incident involving a tractor - which was being driven by a person who was underage and who did not hold the correct licence.

The incident - which occurred in Co. Tyrone in Northern Ireland - required the teens to be rushed to hospital.

Issuing a statement on the matter, the PSNI posted a message on its PSNI Cookstown Facebook page, saying: “Today we have found ourselves dealing with in incident in Coagh where two juveniles fell from a tractor being driven by a third juvenile.

“Ourselves, paramedics and two ambulances were in attendance.

“This could have been a whole lot worse,” the PSNI said.