Tractor sales down in big German market; other sectors positive 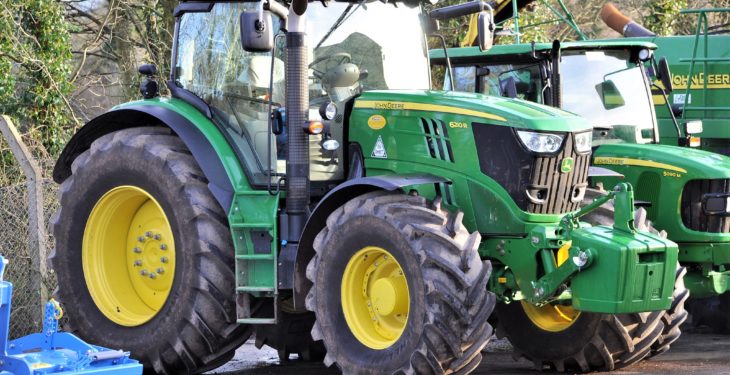 In September 2017, registrations of new tractors in Germany were 41.8% below the same month last year. The figures come from the VDMA – the German Mechanical Engineering Industry Association.

While the dip during September was especially sharp, it does underlie a broader trend in the German tractor market. For example, looking at the year-to-date figure (January-to-September inclusive), new tractor registrations have fallen by over 14% – when 2017 is compared with 2016.

That drop of 14% equates to almost 5,000 tractors. That shows the significance of the German market.

“Double-digit growth rates in incoming orders, from Germany and abroad, are an important indicator of a sustainable upswing.

“In the first half of 2017, German agricultural machinery and tractor manufacturers achieved a 7% increase in turnover, to just over €4.5 billion. Factory capacity utilisation currently amounts to almost three months – a peak value last reached in the exceptional year of 2013.

“Although first quarter growth was still restricted primarily to the German market, in the second quarter international turnover strongly followed suit – with an increase of 14%.

“That is precisely the signal we were waiting for,” said Scherer. “After all, with an export ratio averaging 75%, the German agricultural machinery industry also depends on scoring in the international arena.

“Overall, deliveries to German dealers and international distribution partners were noticeably higher than in the corresponding period last year. Developments in the forage harvesting equipment sector were especially dynamic – from mowers to forage harvesters.

Manufacturers of feeding equipment, as well as of loader and forage wagons, which likewise achieved double-digit growth this past season, are also very satisfied.

“Results for the leading farm tractor sector appear somewhat more differentiated. In particular, larger tractors exceeding 150hp have experienced a boom. In contrast, the turnover of tractors below 50hp experienced a significant decline, when compared to the same period of the previous year.”