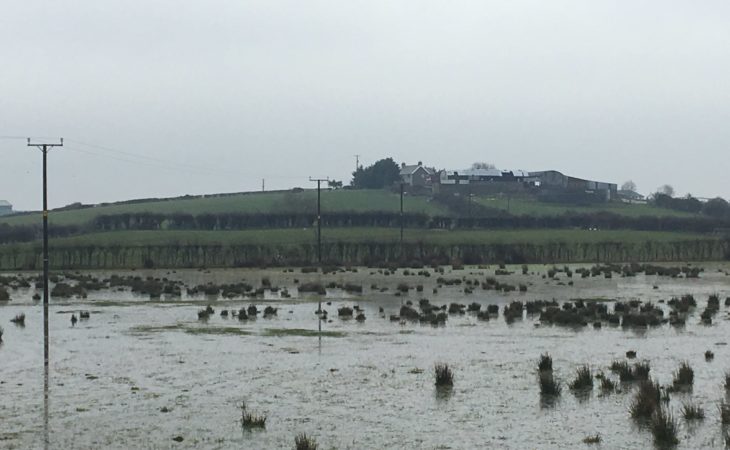 A tree planting programme in Co. Tyrone could offer a long-term solution for rural flooding, according to a research report by the Forest Service.

Farms in the west of the province – particularly Omagh, where the study is based – have in recent years been plagued by persistent flooding.

“This new report by Forest Research, an agency of the Forestry Commission, is an important addition to the evidence in Northern Ireland.”

The report models and quantifies this effect in the catchments above Omagh under a range of tree-planting scenarios.

Advertisement
It suggests that doubling the area of forest to 14% of the catchment will reduce flood peaks for an extreme storm (a one in 100 year flood) by 8%, and a one in five year return period flood by 13%.

Beatty added: “The study area was picked because, as shown by the photograph on the front page of the report, Omagh has suffered significant flooding events in the past.

“It will inform work by our colleagues in the Department for Infrastructure on the role that natural flood management techniques could have in alleviating long-term flooding risks.”

The models examined the impact of tree planting combined with better upland heather and heather grassland management to reduce the risk of flooding downstream, alongside more traditional engineering measures.

However, the report added that further work is needed to estimate the economic case and practicality of flood mitigation and land-use change programmes.

Meanwhile, in Co. Leitrim, a controversial tree planting programme has been met with anger by farmers and residents who oppose what they see as the over-planting of conifer forests.