UFU warns of mounting pressure on NI farmers over Brexit 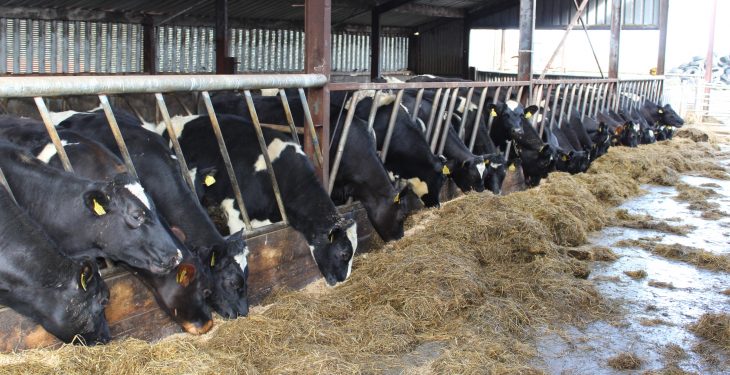 Addressing the core challenges that now face both sectors in the wake of the UK leaving the EU, he said that agriculture in Northern Ireland must not be held to ransom on the back of cheap food imports that could enter the UK market post-Brexit.

“It is time for both sectors to put forward tangible policies regarding the trade and support measures they will need in a post-Brexit scenario,” Bell said during a DAERA seminar at the Balmoral Show.

There must be total equivalence of standards, where future food imports are concerned.

“Farmers also want simplified regulations and a commitment from government that an advocacy-first approach will be taken when it comes to the adherence of standards at farm level, rather than the various authorities seeking a litigious approach from the outset.”

Bell detailed the farm support policies that the union wants to see put in place post-Brexit.

“Our first priority is to get an assurance from Whitehall that the farm support budget will be retained at £300 million annually. This is the scale of the commitment currently on offer from Brussels.”

He admitted there will be great pressure from the devolved administrations in Scotland and Wales to have the proportion of the overall UK farm budget re-distributed in their favour.

Advertisement
The union President confirmed that future farm support must be preferentially distributed to those producers who take the biggest financial risk when it comes to developing their businesses.

“Change is coming, in terms of the way future farm support is structured. But local producers must be given sufficient time to allow them to re-structure their businesses accordingly,” Bell said.

Bell referenced the possibility of the government in London publishing a White Paper on agriculture.

This would be a very positive development. At a very basic level, it will help ring-fence the amount of support funding that is available to the industry into the future.

Bell confirmed that the UFU will shortly unveil its comprehensive Brexit strategy options paper, which will include details of a future farm support model that is based on a series of baseline measures.

“All farmers will avail of these proposed supports. They include the provision of environmental payments, which will help deliver high levels of sustainability within the industry, plus volatility mitigation support measures.

“Enhanced education and marketing activities will also be included in the proposed baseline measures.

“We also believe there is scope for the government to introduce modular support measures. These will be sector-specific and should be structured so as to allow individual farmers pick and choose their relevance in the context of their own bespoke business development plans,” Bell said.