There could be opportunities for Northern Irish produce to take the place of imported agri-food products in Britain following the Brexit vote, according to Ulster Farmers’ Union (UFU) President Barclay Bell.

The level of Northern Irish exports to the rest of the UK could rise due to favourable currency exchange rates and an increase in patriotism following the UK’s decision to leave the EU said Bell.

Speaking after a meeting with the Northern Ireland Meat Exporters Association (NIMEA), Bell said that the beef and sheep industry made a ‘major contribution’ to the Northern Ireland economy and ensuring best possible market access will be crucial for sustaining a robust agri-food sector.

“While our opinions often differ on everyday matters relating to livestock prices and specification, when it comes to Brexit we both recognise the importance of identifying key principles on the best route forward for the agri-food industry.

No principle is more important than ensuring that we have access to trade in as many markets as possible.

However, the UFU President also said that there will be a complex negotiation process to maintain access with the EU market.

“We will also have to re-negotiate with countries outside Europe that we currently trade with through EU agreements.

“This will present both opportunities and challenges, so it is crucial that the government properly resources their food export departments,” said Bell.

The UFU has in the past been critical of the lack of resources at a local and UK level going into market development, according to Bell.

“Now this is going to be more important than ever. This is not an area where we can afford short cuts. We need to see government commitments around funding and technical expertise to ensure we can continue to grow the agri-food industry and improve the viability of our farms,” he said.

Food security and future agriculture policy was also discussed at the meeting between the UFU and NIMEA, according to Bell.

With the global population continuing to increase and the UK currently just 60% self-sufficient in food, maintaining a secure source of locally produced food is central to the Brexit discussions.

Bell said that over the past forty years this has been guaranteed by the CAP, while this has also enabled consumers to purchase food at a reasonable price.

“A future UK agriculture policy will need to support food production if we are to have food security, something which the highly skilled farmers in Northern Ireland are capable of delivering,” said the UFU President. 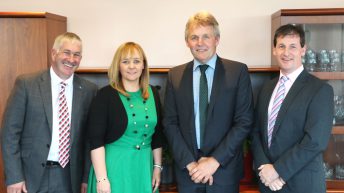 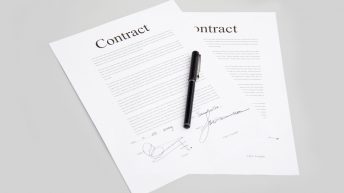