UK aphid project on the agenda of prestigious society 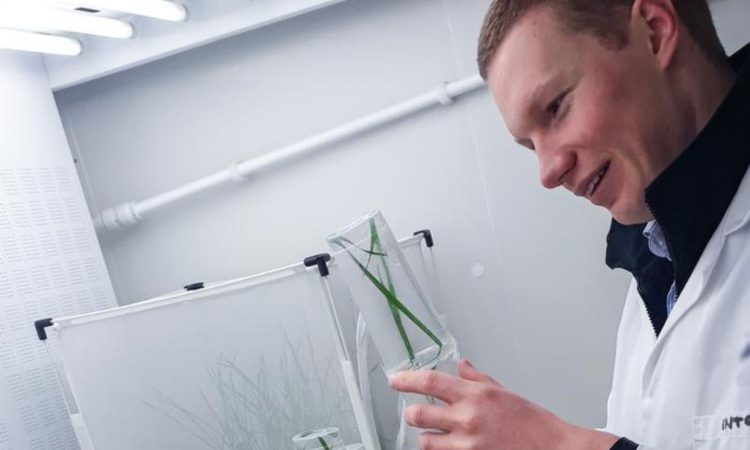 Final year Agriculture student Dan Hawes is to have his work on an important aphid crop pest presented at the Aphid Special Interest Group meeting of the Royal Entomological Society next month.

The Harper Adams student’s project looked at the susceptibility of current and ancient wheat varieties to the English Grain Aphid (Sitobion avenae) – and a poster summarising the work was accepted for the meeting, which will be held at the renowned Rothamsted Research.

Setting up the experiments

The first experiment used winged aphids and was designed to test for aphid preference among the different varieties. Each variety was planted in a separate pot, arranged in a circle.

Aphids were then released from a central point, with their movements monitored over seven days.

The second recorded aphid population growth on each variety, thinned to one per pot, with three aphids released onto each plant and a custom-built cover to prevent aphids escaping or to allow predators access.

These plants were then left for 14 days, with the total number of aphids counted at the end.

The 23-year-old from Stradbroke, Suffolk said he had enjoyed carrying out the research.

With no recent research in this area, the results have been interesting, showing a few stand-out varieties for both experiments.

Understanding which wheat varieties are most susceptible to aphids, whether due to either being preferred by aphids to other varieties or because aphid populations increase faster there, may be used in future integrated pest management (IPM) programmes, especially for control of Barley yellow dwarf virus (BYDV).

This could be by selectively planting the least susceptible variety of wheat, or potentially by using more susceptible varieties as a trap crop along field margins to reduce the number of aphids in the central crop.

“Dan’s work is, therefore, of immediate interest to wheat growers but is also of interest to scientific community working in this area.” 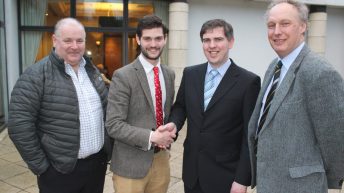 Autonomous farming is now a reality